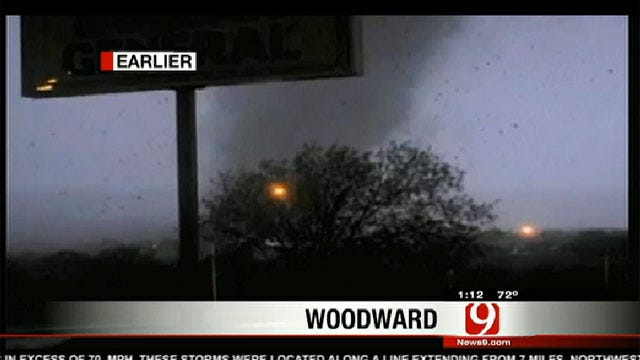 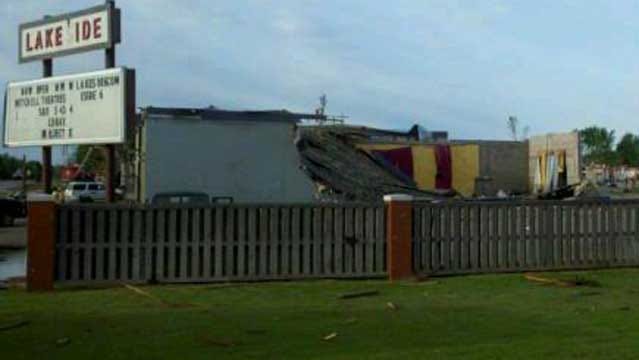 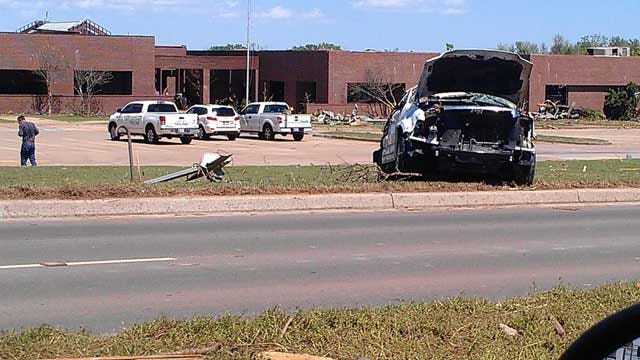 Officials have confirmed that the path of the tornado is about two miles long, and one-fifth to a quarter of a mile wide. The tornado damaged 89 homes and 13 businesses in Woodward.

There are 20 confirmed injuries total, with seven reported as critical. OHP confirmed the five fatalities, two in the Tangier-Blacktop Area and three at the Hideaway Trailer Park.

Officials confirmed the victims from the trailer park are two young girls and their father. The girls were pronounced dead at the scene. Their father was transported to a local hospital where he later died.

Authorities say a signal tower for Woodward's tornado sirens was struck by lightning and hit by a tornado early Sunday morning.

Woodward Police Chief Harvey Rutherford said Sunday the tower that was supposed to send a repeating signal to the town's tornado siren system was knocked out of commission by the storm, which affected the signal.

He said he didn't know how many sirens or which sirens were affected by the outage. Some residents still reported hearing mangled sirens before the tornado.

Rutherford said that, considering that the tornado struck at night and that the sirens were damaged, it's remarkable that there wasn't a greater loss of life. He says the town "had the hand of God to take care of us."

A carpet store on 34th St. by the movie theatre was destroyed. Additional damage is also reported at 60th and Hanks Trail west of City limits and in Tangier-Blacktop area west of town near the airport.

Reports indicate that the 8-mile damage field starts west of Woodward and into the residential areas around 34th Street.

Power is being restored to much of Woodward. At its greatest point, OG&E reported that approximately 8,507 customers were without power. Woodward has a population of about 12,000.

The Quail Apartment complex has suffered damage. Incident command has been setup at Hutch's located at 36th and Oklahoma.

K101 radio has been knocked off the air and they are currently working to get back up.

The Red Cross and OKARNG shelter has been moved to the Living Word Fellowship Church in Woodward at 1310 Oklahoma Ave. Anyone who has been displaced can go there for relief.

Search teams are sifting through rubble in Woodward, looking for people who may be trapped and injured following a killer tornado overnight.

Rusty Surette, the Red Cross spokesman in Oklahoma City, says local authorities are in "chaos mode." He says trucks with cots, food, water and other supplies are headed to the area, where more than 8,000 people are without power.

Red Cross officials urge Oklahomans to be patient if they would like to personally help out. Officials say they are still in the assessment phase of the disaster and are asking people to not go to Woodward to volunteer.

At this time, there is no urgent need for in-kind donations such as clothes or house-hold goods, according to the Red Cross.

Most of the damage is reported on the west side of the town of about 12,000 and its outskirts.

The chief executive officer of Woodward Regional Hospital says 29 people injured by the storm were brought to the hospital, including some who were in critical condition. But he says the hospital is not a trauma center and some people with very serious injuries have been transferred to other facilities.