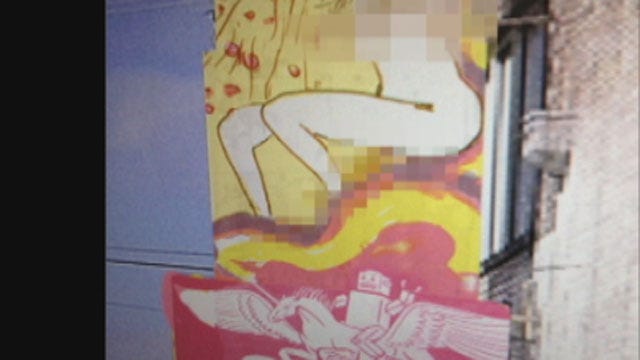 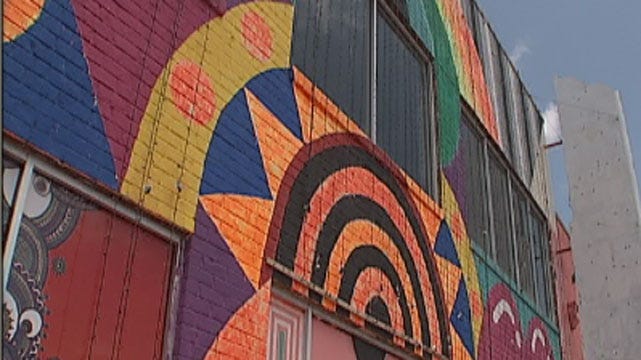 OKLAHOMA CITY -- It's the loud and in-your-face neon building in automobile alley. The Womb Gallery is the work of Oklahoma City's Wayne Coyne, singer of the Flaming Lips. But the very thought of his next piece of art has some disgusted.

The gallery has bright paint, but something is missing. There is no sign, but that could soon change.

The neon lights are bright on Broadway, but they got nothing on the Womb Gallery. For almost a year, the gallery has been a bold beacon in a sea of red brick.

The sign out front is now blank, but creator Wayne Coyne is working to change that. With art that's both daring and, to some, dumbfounding, Coyne tweeted a picture of the painting, which we've blurred in a couple spots, that shows a naked woman who appears to be urinating.

Nancy Anthony is executive director of the Oklahoma City community foundation, a charitable organization on Broadway.

"If it were in a museum or enclosed, maybe, but I don't think it needs to be out there whether people like it or not," Anthony said.

Anthony is a little upset because her organization was cited for using the wrong brushed metal for their sign out front.

Now, her neighbor is ready to become even more of a head turner in one the city's historic areas.

Coyne's not talking about the art, but someone with the gallery says he does expect some push back with this artwork.

News 9 checked with the city which says based on past U.S. Supreme Court rulings, this artwork would not be considered indecent. And because of that, Wayne would most likely be able to put the painting up.