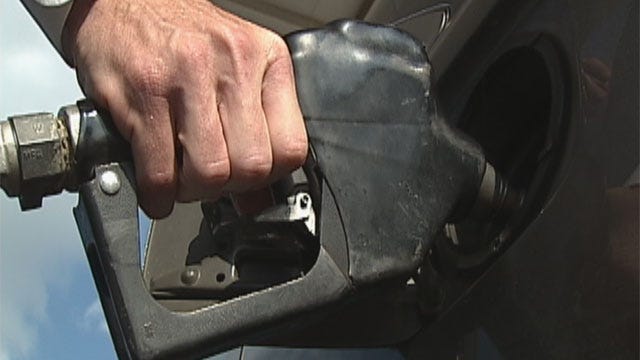 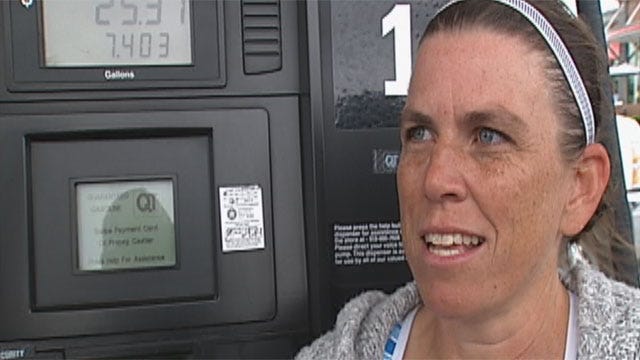 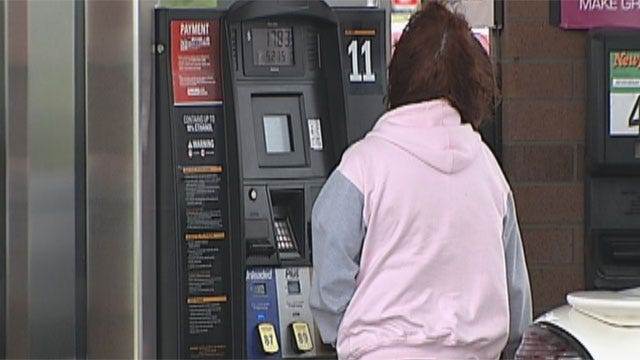 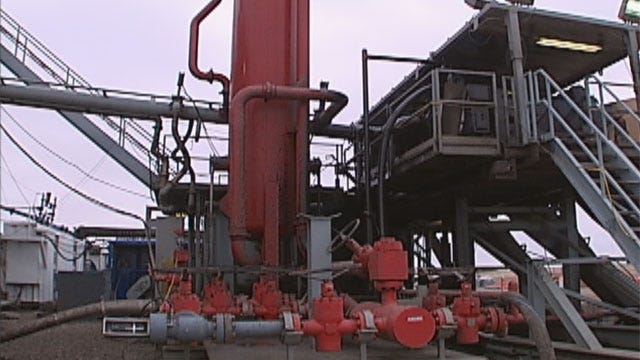 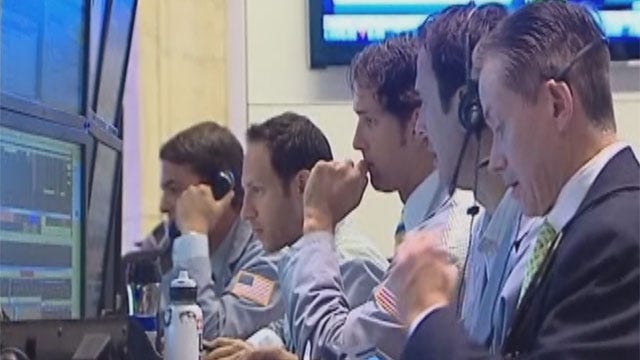 Just about three and a half years ago, Oklahomans were paying $1.50 for a gallon of regular unleaded gasoline. A barrel of crude oil was selling for $35.

Those lows were the perfect tonic for a state and nation that, just six months earlier, were suffocating under the weight of record high fuel prices: more than $4 per gallon at the pump, and crude bubbling all the way up to $140 a barrel.

"One tank is about $104," Karen Davis explained. She lives just outside of Tulsa and usually drives a large SUV.

Davis says high fuel costs have put a strain on the family budget and forced them to modify their routine.

"We watch it really close."

With 608 locations in 11 states, and responsible for two percent of all gasoline sales in the nation, Tulsa-based QuikTrip understands that consumers follow gasoline prices unlike almost anything else they buy.

"And one of the biggest reasons is we have these signs that are out there where you an see the price 24 hours a day," Thornbrugh said.

The price for a gallon of gasoline that the consumer pays is, essentially, the sum of four component prices:

See a history of gasoline and other prices

So, under these general parameters, when crude oil is selling for $104 -- as it was recently -- a consumer in Oklahoma is going to pay $3.54 per gallon by the time it gets to the gas pump.

Of those four components costs, only one of them actually changes very much, and that's the cost of the crude oil.

"The most important determinant of the fluctuation in gasoline prices is the price of crude oil," Dr. Chitru Fernando, Director of the University of Oklahoma's Price College of Business Energy Solutions Center, said.

What also stands out in this comparison, though, is the fact that both lines appear more ragged over the last ten years. These extreme peaks and valleys suggest prices -- of both crude and gasoline -- move more now than they used to move.

"Years and years ago, if it moved a penny, two pennies a week, that was a dramatic change," said QuikTrip's Thornbrugh, with regard to the price of gasoline. "It's not uncommon today, on a daily basis, to see wild swings of five, ten, fifteen cents per day."

Thornbrugh believes the increased volatility is, in large part, the result of increased trading in gasoline futures by Wall Street investors.

"I don't think there's any question that is part of it."

Up until about 10 years ago, non-commercial investment in gas futures hovered in the vicinity of 10,000 contracts in any given week. The number of non-commercial contracts has since increased more than a thousand percent, reaching 136,000 in mid-March.

The people making these investments are not in the oil and gas industry. The "non-commercial" nomenclature reflects that they are hedge fund and investment fund managers -- people with no interest in actually buying and taking delivery of gasoline. They're purchasing gasoline on paper and then selling it off quickly, they hope, at a higher price.

"Oil is a commodity," said Chuck Mai, spokesman for AAA Oklahoma. "It's bought and traded on the futures market just like gold or soybeans."

Mai says, with so many pure profit-seekers in the mix, the energy market has become jumpy and tends to overreact to domestic and global events. He says this pushes prices up higher and faster than supply-and-demand alone would dictate.

"There's probably about a 20 to 25 percent premium to every gallon of gas that we buy," said Mai. "That is directly attributable to the speculation on Wall Street in oil futures."

"Where is the evidence," asked OU's Dr. Fernando. "Can we find concrete evidence to support that claim?"

Fernando has been researching the possible impact of increased energy futures trading on market prices, and recently prepared a report on the subject for the U.S. Department of Energy. Fernando says, in order for speculators to systemically affect fuel prices (over the long-term), they would have to be able to manipulate supply.

"That's something that we have no evidence of, as of now," Fernando said.

Fernando and others concede that greater speculation in the market can lead to greater volatility of prices. But they contend that it's still basic supply and demand that determines whether the price of crude oil is heading up or sliding down. And Fernando points out that this is very much a global market, so that an earthquake that disrupts production halfway around the world will affect what Americans pay at the pump just as much as an Atlantic hurricane that shuts down platforms in the Gulf.

"Especially over the last five to ten years," Dr. Fernando pointed out, "the most significant determinant of the volatility in prices is the fact that the demand has been changing rapidly."

Specifically, Fernando says growing demand in China and India have put significant pressure on the available supplies of petroleum around the world.

"In my opinion, and certainly based on our research," said Fernando. "[that] is the primary determinant of the big movements in prices that we have seen."

Whatever the cause of the greater volatility in recent years -- increased trading or global supply and demand -- all agree that Oklahomans should consider themselves relatively fortunate.

"If you're a resident of Oklahoma, you're better off than virtually anybody else in the nation," said Mike Thornbrugh. "The price predominantly in Oklahoma has been one of the cheapest in the country."

Read why gas prices in Oklahoma tend to be among the lowest in the country.