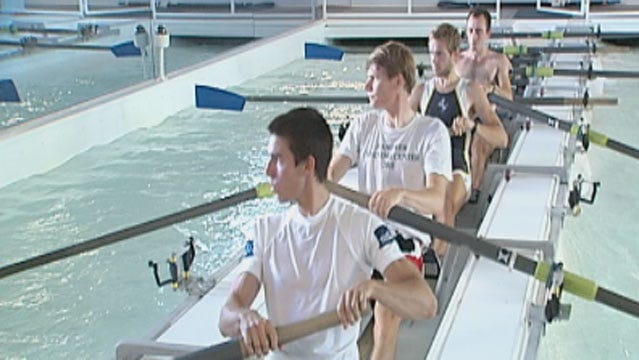 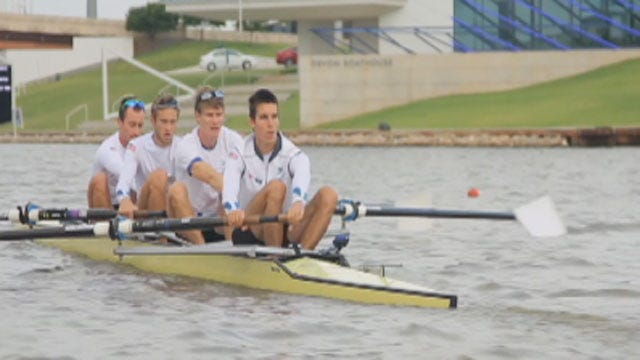 They've been training here in Oklahoma City for over a year, but this weekend the members of USA rowing team start making their way toward to 2012 games.

Members of the four man lightweight team will spend some time in New Jersey before heading to London.

They're jokingly referred to as the Ivy League 4. Anthony Fahden's from Dartmouth, Will Newell is from Harvard, Nick Lacava is from Columbia, and Robin Prendes graduated from Princeton.

They came from all coasts.

"I grew up in Northern California," Fahden said.

"I'm from just outside Boston," Will Newell said.

They moved to Oklahoma. The Devon Boathouse is the Olympic training base for lightweight rowers where the best come to compete for a spot on the US team.

"When you think of rowing, you probably don't think about Oklahoma. But when I came out here and saw all the awesome support and the facilities. I was real excited to be here,"Lacava said.

The group of four was chosen for the USA team three months ago, then just a couple weeks ago they won a regatta in Switzerland, which meant, they're going to the Olympics

"Robin, our strokesee just kind of went nuts and threw his hands up in the air and was splashing the water and the rest of us were just kind of looking around like ‘what just happened?'," Newell said.

"It seems like I was the only one conscious of what actually happened," Prendes said.

Now, wearing the red, white and blue they will race the four man lightweight crew: a two thousand meter sprint.

"It's one of those things where you kind of think of other people as being those amazing athletes who go to the Olympics and then suddenly you are put in that position," Newell said.

For most of these guys, it's been ten years getting here. Still making it to London isn't the finish line an Olympic medal is.

The guys think they have a pretty good chance of winning a medal.

Their race is on Saturday, July 28.