Nothing Found In Suspicious Moving Truck Parked In Downtown OKC 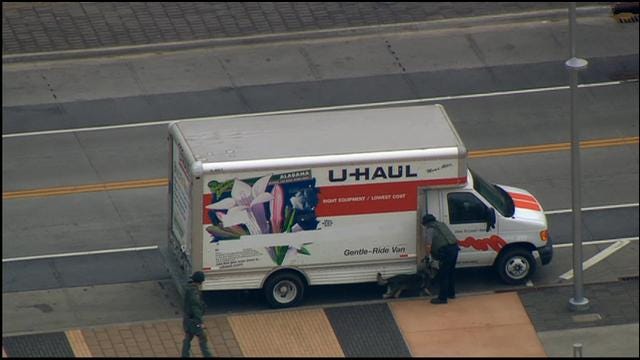 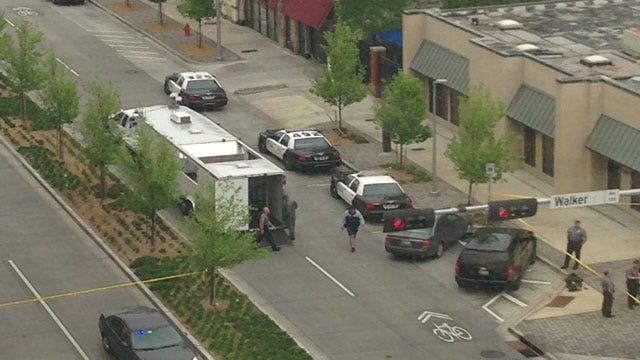 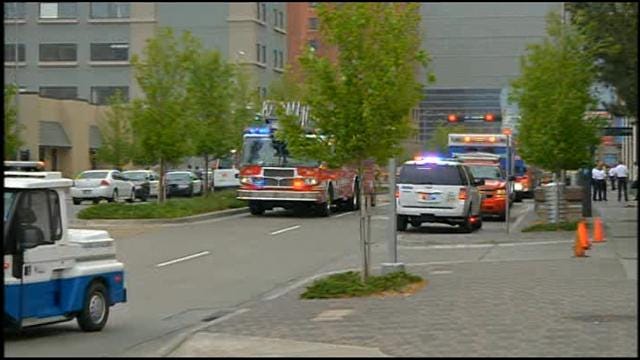 The Oklahoma City Police bomb squad opened a suspicious moving truck parked across the street from City Hall and found it was empty.

Bob Mills SkyNews 9 was flying overhead when the bomb squad pushed open the back of the truck and discovered there was nothing inside. The discovery came as a relief after nearly two-hours of intense investigation.

Police evacuated buildings and blocked off several downtown streets surrounding Main and Walker around 8 a.m. Wednesday. The investigation began because police could not find the driver and there was no good reason for the truck to be parked where it was.

Investigators first thought the truck had been stolen. They later learned it had broken down.

Oklahoma City Police Capt. Dexter Nelson said there were no credible threats of danger or violence, but the police department was being extremely cautious in light of the recent bombing at the Boston Marathon.

They were also concerned because of the upcoming anniversary of the Murrah Federal Building bombing on Friday. Timothy McVeigh used a large Ryder moving truck filled with explosives.

Nothing Found In Suspicious Moving Truck Parked In Downtown OKC