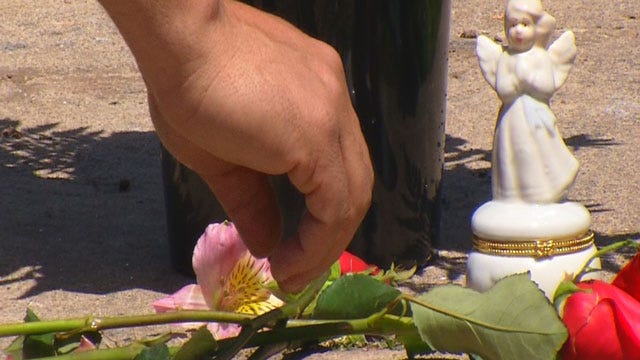 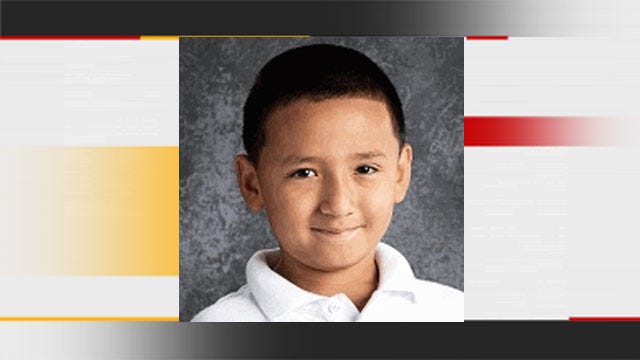 A metro community is mourning the loss of a 7-year-old boy. Police say the boy was home alone when his house caught fire just before midnight.

The blame is not on the parents for leaving him home alone, but a burglar who broke in and possibly set the home on fire. A memorial continues to grow outside of the 7-year-old's home. People all over the South OKC neighborhood continue to stop by and take a moment to remember Roberto Avalos.

"It's horrible, it should have never happened," said neighbor, Kristi Brotherton.

"There's a little boy that's gone for no reason, that didn't deserve to go so early," said neighbor Kristin Fitzgerald.

Neighbors, close friends, and even some of Roberto Avolos's young classmates are trying understand how his young life could be taken advantage of so easily.

"I'm still wondering where his parents were in the middle of the night, I mean, how could they do that," said Brotherton.

"I just can't describe it being a mom, you know. And they're all devastated, and I know some of the family here and there," said Fitzgerald. "I really don't know what to tell them besides that I'm sorry, and if I could have helped, I would."

It all happened just before midnight Monday. OKC Firefighters were called out on reports of heavy smoke. Neighbors say at one point, flames were shooting through the roof.

"I heard the sirens last night, and it woke me up, and I told my husband, I said, something's going on," said Brotherton.

Roberto was found inside his bedroom where he was sleeping.

"He was so happy. Yesterday he was with his parents, we was in the house, we're playing all afternoon, beautiful day," said Roberto's uncle, Bernabe Reyes. "And the next morning, you come, and he disappear."

Neighbors say paramedics worked for at least 15 minutes trying to revive Roberto. He died at an area hospital.

"Sad for him," said neighbor and classmate, 8-year-old Coian Jarrett, "It's like, it never happened before in our neighborhood. This is ridiculous."

Those who knew Roberto said he had an infectious smile, and a signature little Mohawk. The little boys uncles told News 9, he had a 2-year-old brother, who was staying the night with his grandparents at the time of the fire.

There is no law that prevents a person from leaving their child home alone. Still no word on where the mother and boyfriend were at the time of the fire.

Investigators have not made any arrest in this case.