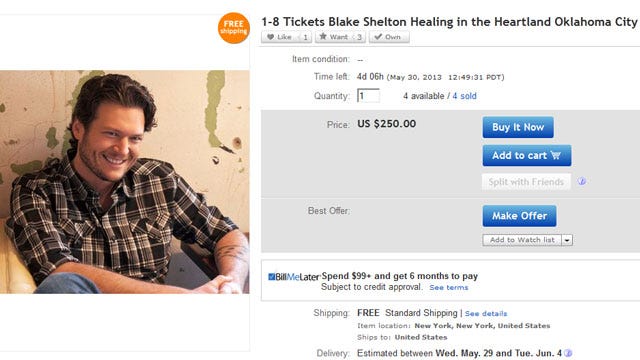 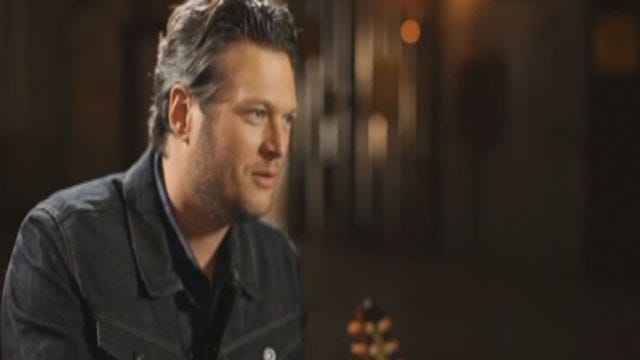 Oklahoma's Own Blake Shelton and Reba McEntire are just two of the country music stars putting on a benefit concert to raise money for tornado victims.

The tickets for the "Healing in the Heartland" concert at Chesapeake Energy Arena on Wednesday sold out in minutes Saturday morning. And it didn't take long for scalpers all over the country to start selling those tickets on sites like eBay and Craigslist for nearly 10 times the face value.

Tornado victims have been working so hard these last few days cleaning that many say they didn't even know about the benefit concert.

That's why they're frustrated it's already sold out and scalpers are trying to make big bucks off it.

"The shock is wearing off and the emotions are starting to kick in," said tornado victim, Gwen Lang.

Lang fights back tears thinking how her neighborhood near Plaza Towers elementary will never be the same. Tornado victims are just getting wind of the "Healing in the Heartland" benefit concert coming to Oklahoma City next week.

"Being a ginger, I do love Reba. So I wouldn't expect nothing less from the people in Oklahoma," Lang said.

Tickets went on sale Saturday morning and sold out in 12 minutes. Scalpers are already reselling tickets for hundreds of dollars.

"Well now that is wrong, that is way wrong. That is really not the Oklahoma spirit we have," tornado victim Terry Heiskill said.

"I hate scalping, but it's a fact of life, it's a fact of our industry. Like I said, people be really careful of who you give your money to,"  Chesapeake Arena sales director Tim Linville said.

Others say it's another example of people taking advantage of those who are experiencing tragedy.

"It's ridiculous how disgusting how people can be sometimes," said tornado victim Jessica Jatkowski. "You're supposed to want to help others, not yourself especially in this time of need."

Ticketmaster says more tickets could be available the day before the show, there's just no guarantee how many.