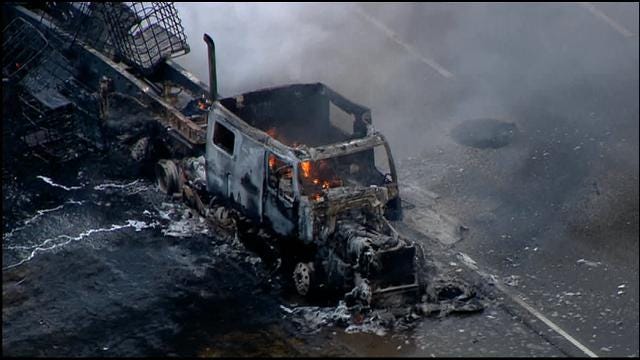 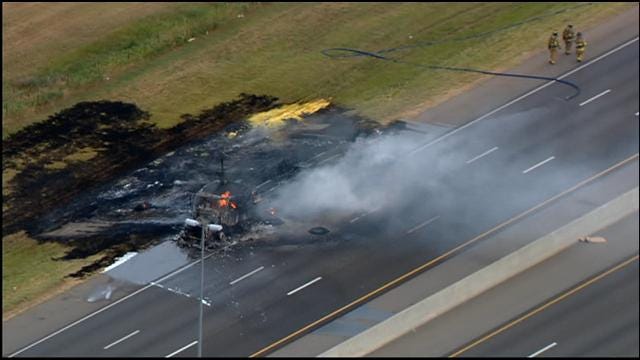 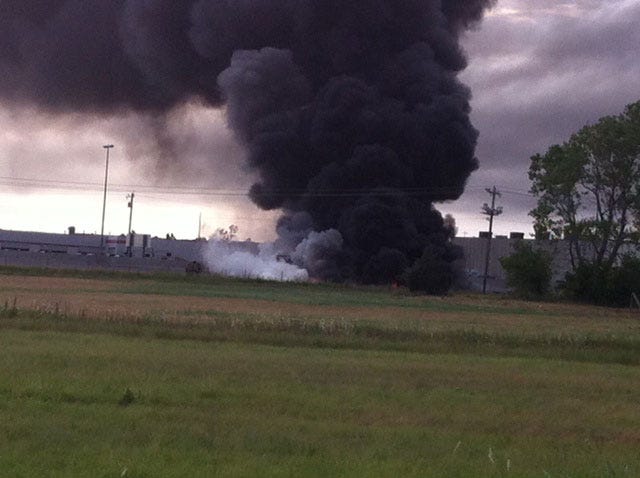 Fire crews from Norman, along with the Oklahoma Highway Patrol, responded to the scene of a large semi truck fire on the southbound side of Interstate 35 near the service road, Wednesday evening.

Norman Firefighters say they received a call about a semi on fire at around 6:46 p.m. It happened about a quarter mile north of Rock Creek Rd. on the northbound side of I-35.

Both north and southbound lanes of the highway were shut down and authorities evacuated homes within a half-mile radius of the wreck. The southbound lanes have since been reopened, but the northbound side remains closed.

According to OHP, the truck was hauling yellow and white highway paint when a rear tire blew and started the blaze. Crews on scene say the female truck driver escaped the accident and is unharmed.

No other information is known at this time.