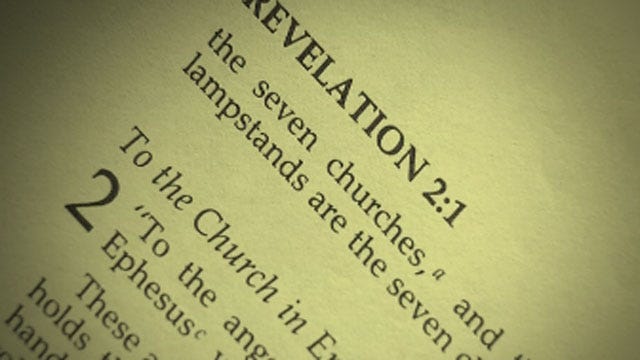 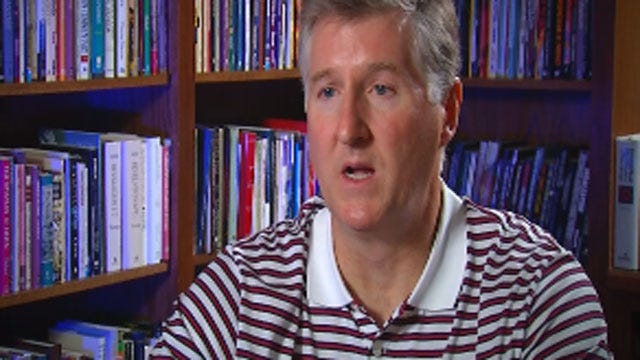 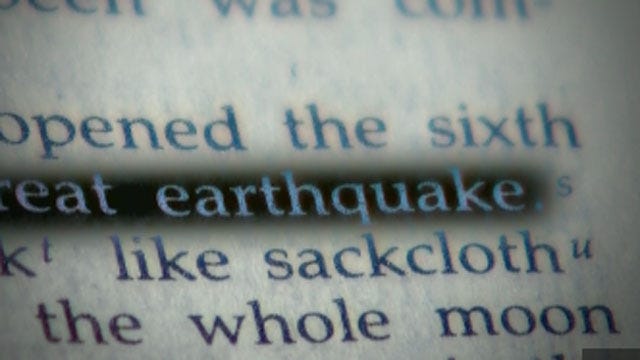 The Book of Revelation has been known for centuries as a prophecy of Jesus' return to earth. A time of tribulation and ultimately the end of the world. Could earthquakes, tsunamis and political tension today be evidence of the predictions listed in the final book of the Bible?

Edmond's Faith Bible Church Pastor Doctor Mark Hitchcock has written 25 books on Biblical prophecy. While he says we don't know the day of God's return, Hitchcock believes right now the stage is being set for the end times.

"Israel back in the land, globalism that we see, the world focus on the Middle East," Hitchcock said.

Hitchcock believes the converging of these events puts us in what's called The Church Age and mirrors the beginning chapters of Revelation.

Hitchcock said we are not in the end times yet, since the tribulations don't appear until later chapters, the time when Hitchcock said Christ's coming is imminent.

"I like to use that as an illustration of people living in California," Hitchcock said. They know the big one's coming. They know one of these days that big earthquake's gonna come, but they don't know when it's gonna come. It's certain it'll happen, but it's uncertain when it will happen."

Not all Christians agree with Hitchcock. Oklahoma City University Chaplain Reverend Rodney Newman believes Revelation is not a prophecy, but instead written for the people of that day who weren't going down the right path.

"If it's a road that's not in accordance with that God has asked us to do, that it's gonna lead to destruction," Rev. Newman said. "It's not that God's gonna do it to you, it's that you will do it to yourself."

Reverend Newman does believes we can all take an important message from Revelation.

"It makes us understand we're part of something much bigger than ourselves and it calls us to be about the business Jesus called us to be about which is caring for others."

God's message to teach us not to be scared, but prepared.