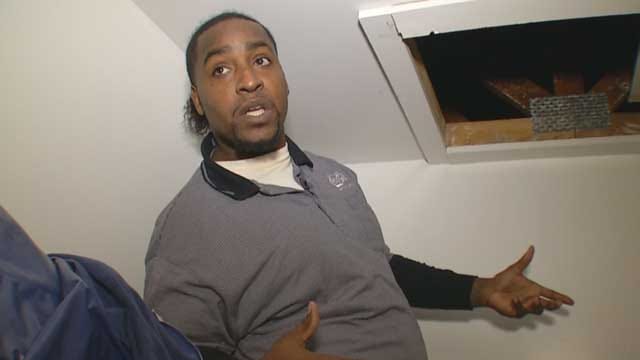 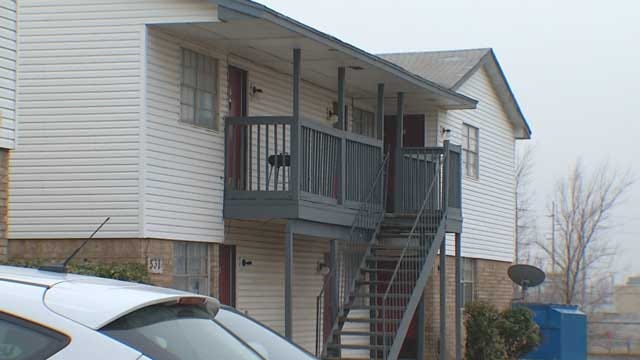 An Oklahoma City man believes thieves are breaking into his apartment through the attic crawl space.

Terrance Brown said the thief stole random things like a loaf of bread and toilet paper.

Brown lives at Monterra Apartments in the 500 block of N. Council Rd. in Oklahoma City. He said he now uses tape to seal his attic door and if the tape is broken when he gets home, he knows someone moved the door.

"You can get into anyone's apartment through this attic," Brown said as he showed News 9 the attic crawl space. "Somebody actually broke in for me to find out this and I've been tripping ever since and it's been driving me crazy."

Brown said he has had two break-ins, but the front door was untouched. He filed a police report and said along with the bread and toilet paper, a check from his checkbook and a $20 bill were missing.

"It's like a whole other world up here. Basically I can walk from here to way down to the end of the apartment," Brown said.

Brown said he does not feel safe and wants the crawl space secured or to move out.

"I really don't want to come home.  It's scary to me and I feel like my safety is at risk because there could be someone waiting in here basically to harm me," Brown said.

Brown claimed the apartment office staff told him to tough it out for the last month of his lease.

"This is a situation that needs to be handled now. You guys should have safety for me if I'm paying rent."

News 9 called the apartment office to talk with a manager about the situation, but those calls weren't returned.