Deputies In Canadian County Seize Millions Of Dollars Worth Of Cocaine 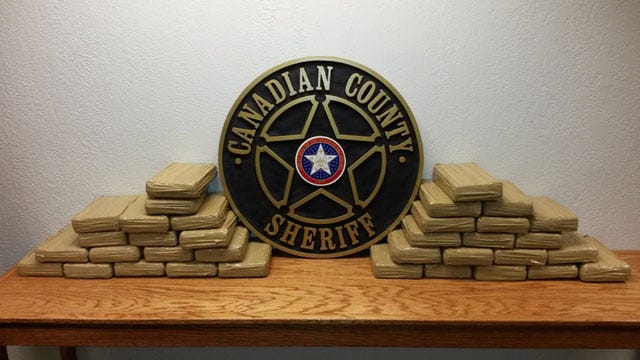 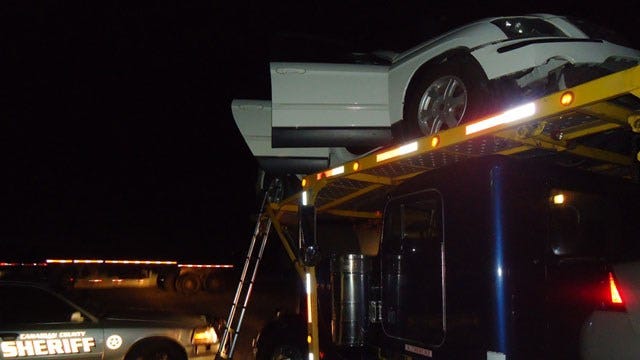 Deputies with the Canadian County Sheriff's office made one of the largest seizures of cocaine in the history of Central Oklahoma over the weekend.

It happened Sunday evening on Interstate 40, near the S. Country Club Rd. exit in El Reno.

Deputies say they noticed a semi, which was hauling five cars, driving erratically heading eastbound on the interstate. Fearing that the driver may be exhausted or driving under the influence, deputies pulled the semi over to check on the driver's condition.

During the stop, the deputies asked if they could search the vehicles and the truck driver agreed. After searching the cars, deputies uncovered 35 individually wrapped bricks of cocaine, concealed in cellophane, carbon paper and graphite powder.

"The graphite powder would have been added in an attempt to mask the drug odors from drug dogs my deputies had at the scene," said Canadian County Sheriff, Randall Edwards.

The cocaine weighed 35 kilograms or approximately 77 pounds and had an estimated street value of just under $5 million.

"Unlike many of the drug busts we make, these drugs were destined for distribution in Oklahoma City, and a portion would have ended up on the streets of Canadian County," said Edwards.

The deputies seized the 2005 Chrysler Pacifica in which the drugs were concealed. According to deputies, the Chrysler was modified with a false compartment, built underneath the rear seats.

Deputies In Canadian County Seize Millions Of Dollars Worth Of Cocaine