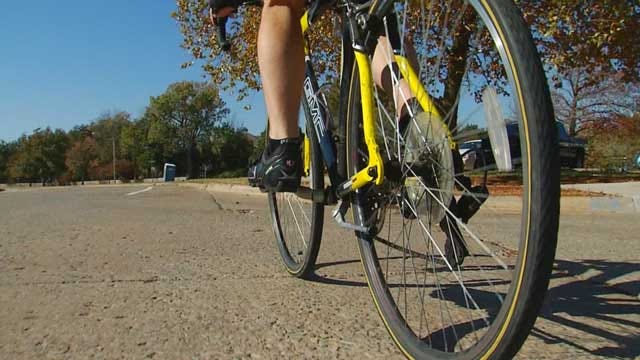 An Oklahoma City councilor proposed changes to biking rules. He said the intent is to make it safer for cyclists and drivers sharing the roads. But the some in the cycling community said they are not completely on board with the changes.

Councilman Patrick Ryan proposed two changes. The first was to not allow cyclists to ride between cars. The second was to allow three feet between a car and bike when trying to pass.

Cyclists said they appreciate the safety concern, but asked the councilman to change his point of view.

And what longtime cyclist Pete Kramer said won't work is the proposed change to passing width for a cyclists between a car on the road.

Right now cars are required to give cyclists three feet of clearance when passing. The city said it is looking to make the same rule for those pedaling the roadways.

Ward 8 Councilman Patrick Ryan said the idea for the changes came from e-mails he received from people living in his district who are upset with cyclists not using bike paths.

“There was some confusion as to what we were trying to do. We had no intent to deny bicyclists any right they have right now. We were concerned about their safety," said Ryan.

“The only way a bicyclist can pass a car is to move into an oncoming lane. So it really doesn't make the bicyclists any safer,” said Kramer.

Kramer suggested rather than looking at passing width for cyclists, he proposed the city to allow all cyclists to be able to rides in all lanes, not just in some areas.

Next Tuesday city council members will vote on the two proposed changes.