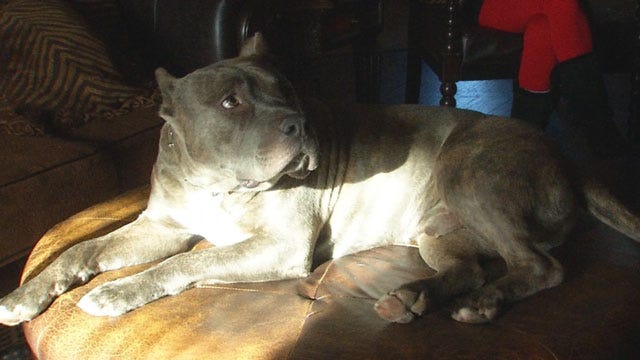 News 9 reported good news about a pair of family dogs that were condemned to die last month by a Yukon municipal judge.

Back in October, Meier's neighbor Travis Beams told Yukon Animal Control that Dan's dogs got through an opening in a picket fence that separates the men's backyards. Beams claimed Dan's dogs attacked and scratched his dog, although he failed to provide a veterinary bill to prove it.

A hearing was scheduled for Jan. 29. But cooler heads have prevailed. Travis Beams agreed to drop his complaint with the City of Yukon. Dan Meier agreed to reinforce that picket fence.

Meier got his dogs back Monday night. They'd spent the past 41 nights in a Canadian County facility at a cost to Meier of $34 a day. But Meier said there are no hard feelings. “There's really no good would come with being angry about it. But the win is getting them back, which is what we were going for from the beginning.”

Travis Beams Tuesday night told News 9 he had no official comment, other than it's just good for everyone to get this behind them.