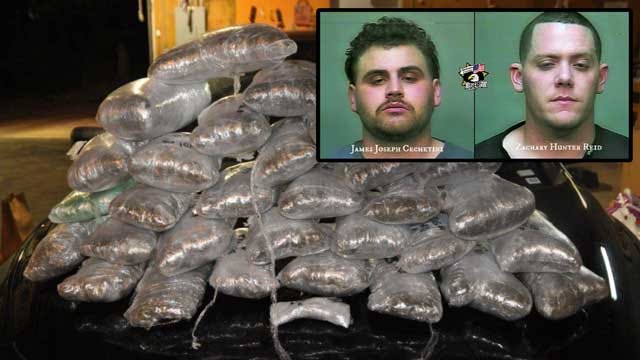 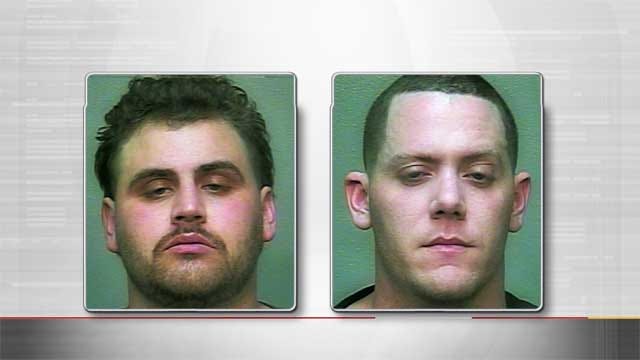 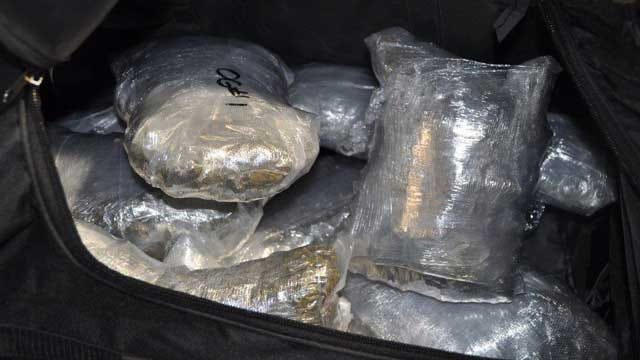 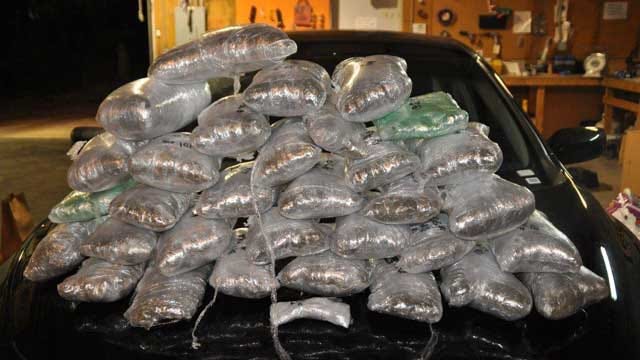 Two men were arrested on drug trafficking complaints after authorities said they found 37 pounds of marijuana inside the men's vehicle during a traffic stop in Oklahoma City.

According to the Oklahoma County Sheriff's office, on Friday, February 20, a deputy stopped a vehicle for speeding on Interstate 40 near the Western Avenue exit. While speaking with the driver, 24-year-old James Cechetini of Elk Grove, California, the deputy said he could smell a strong odor of marijuana.

The passenger in the vehicle, 24-year-old Zachary Reid of Sacramento, California, denied that either of the two men had been smoking marijuana.

According to the Sheriff's office, K-9 Thor was deployed at the scene and immediately signaled to the presence of drugs inside the trunk of the vehicle. The deputy searched the car and found a bag with 37 pounds of marijuana bundled inside of it with a street value of around $30,000.

Cechetini and Reid were arrested on complaints of trafficking illegal drugs -- marijuana. Both men are being held at the Oklahoma County Jail on $25,000 bond.