Tornadoes Touch Down As Severe Weather Moves Through OK 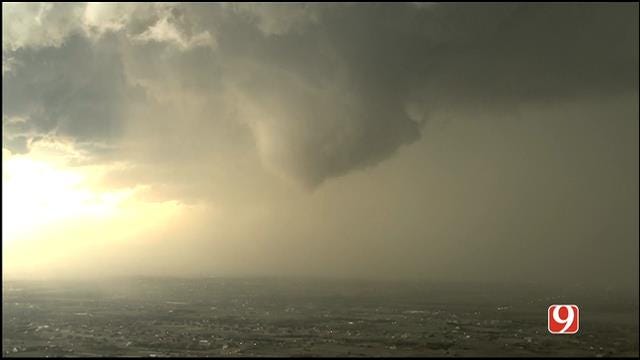 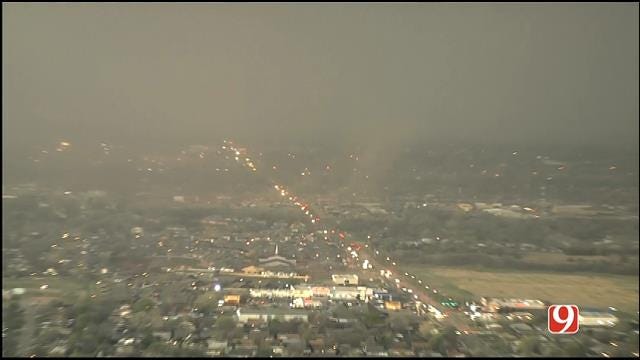 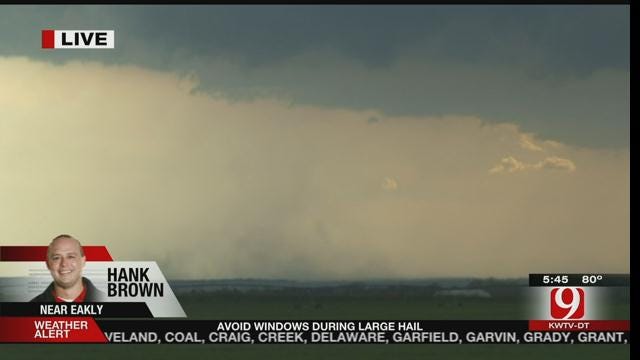 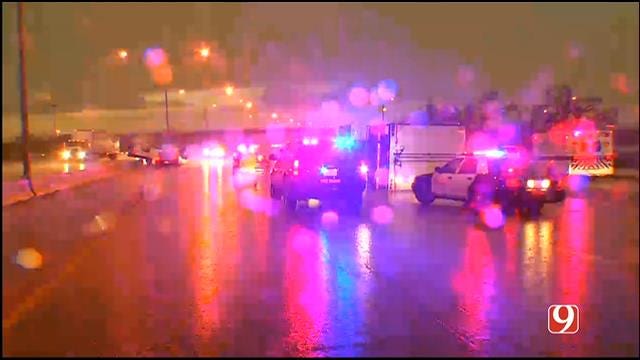 Oklahoma's first severe weather of the Spring kicked off with bang as scattered reports of tornadoes, large hail, and storm damage came in from all around the state.

The first confirmed tornado touched down in northeastern Oklahoma near Keystone Lake around 5:30 p.m. According to our sister station KOTV, the tornado was moving into Sand Springs before lifting over West Tulsa and is thought to be about a half-mile wide. At least one person was killed when the tornado tore through a mobile home park in Sand Springs.

One tornado touched down two miles west of the OKC Fairgrounds with multiple power flashes visible from the air. Some homes and buildings were damaged in the area of NW 7th St. and Rockwell Ave.

Another tornado touched down near SW 4th St. and crossed Interstate 35 in Moore, less than a half a mile north of the Warren Theater, around 6:35 p.m. There have been reports of damage to homes and natural gas leaks. It also caused multiple car crashes and overturned vehicles and a semi on I-35.

Moore Police are on the scene assisting in the areas and are setting up barriers. Police officers are going door to door and assisting anyone in shelters. Barricades are going to be set up on Janeway to Santa Fe and SW 4 to NW 6th, near Southgate-Rippetoe Elementary School.

Funnel clouds and rotation were first seen in El Reno and moved into western Oklahoma City in the Bethany area.

News 9 Storm Tracker Hank Brown captured a tiny twister touch down live on air near Fort Cobb Lake, to the northwest of Anadarko. The total number of confirmed tornadoes has not yet been determined and will continue to fluctuate as the storms move across Oklahoma.

Hail the size of baseballs and golf balls have been common in many of the communities that the storms have moved through.

So far six patients have been treated for weather-related injuries according to EMSA.

Tornadoes Touch Down As Severe Weather Moves Through OK