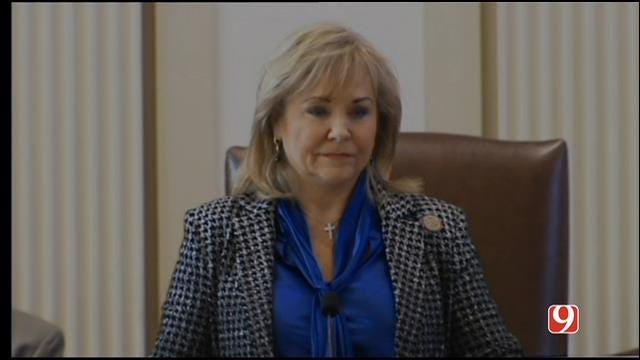 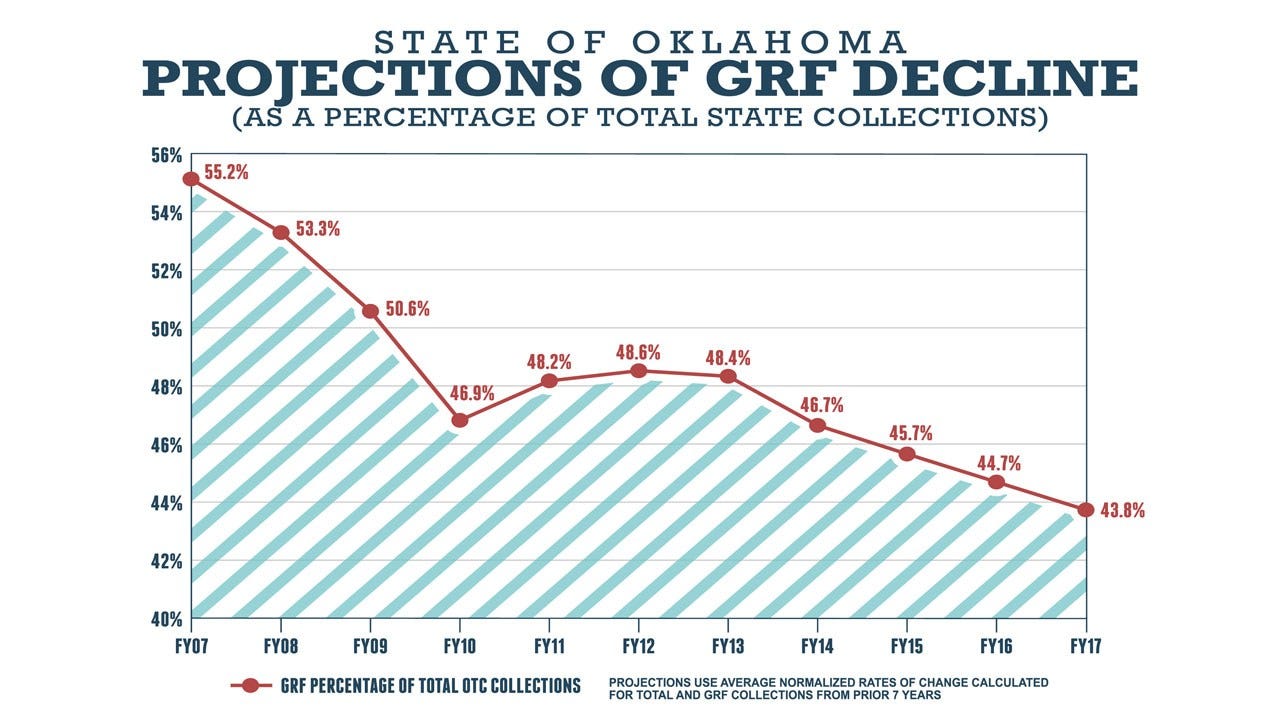 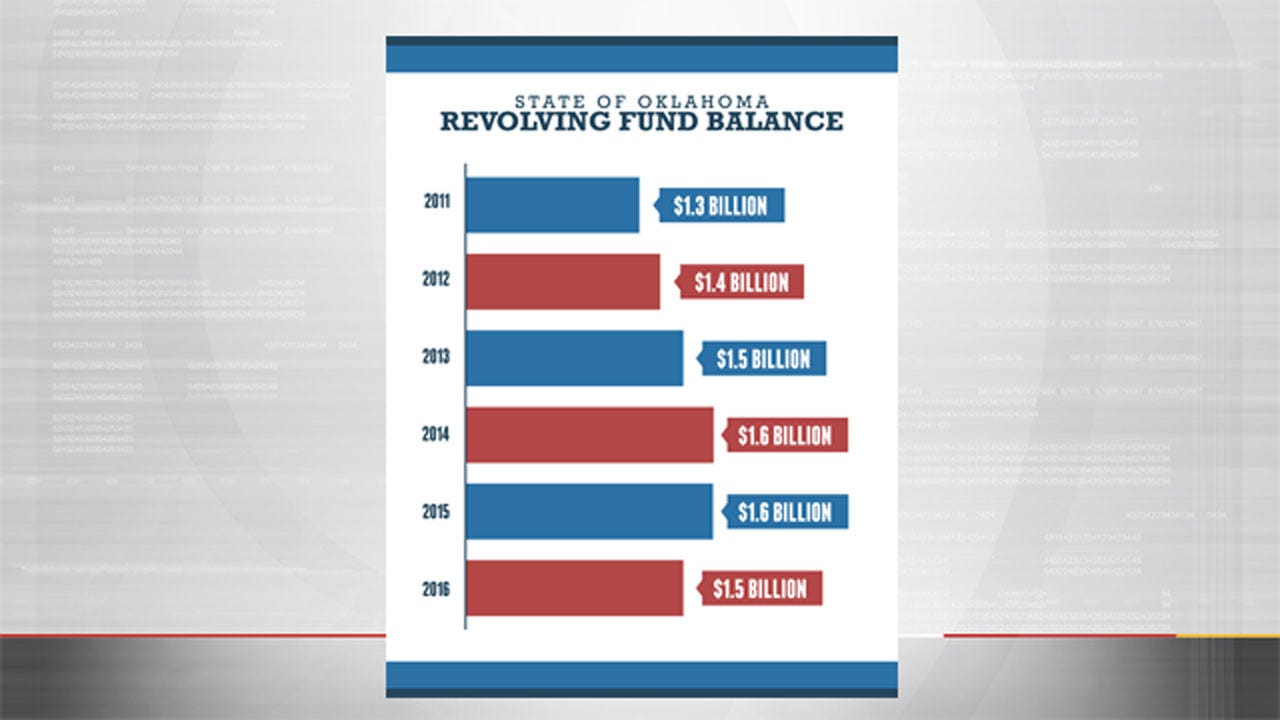 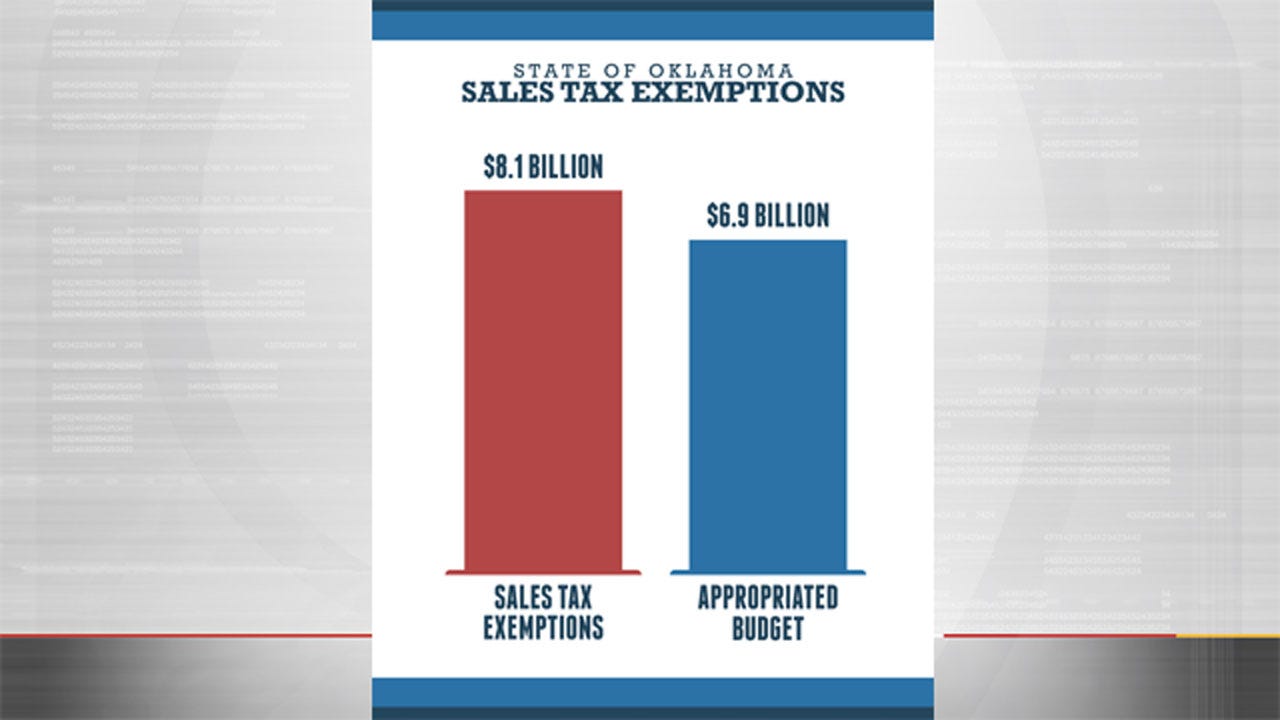 Governor Mary Fallin on Monday delivered the annual State of the State Address in front of a joint session of the Oklahoma Legislature.

During the speech, Fallin focused on the urgent need to improve the state’s budgeting process to ensure that legislators can adequately fund priority goals related to education, public safety, health and more.

The proposed Executive Budget for Fiscal Year 2017 can be found here.

Fallin told lawmakers that education of Oklahoma’s students remains her biggest priority, with her budget calling for a pay raise for the state’s public school teachers.

“Oklahoma’s future sits in the classrooms of today. The education of our students remains my biggest priority in my budget, even in fiscal climates like this.  … I support and I know my fellow Oklahomans overwhelmingly support giving our teachers a pay raise. This budget appropriates $178 million in new money for a permanent $3,000 teacher pay raise for every teacher in this state. And we can do it without raising the state sales tax rate to the highest level in the nation,”Governor Mary Fallin.

The governor said it’s time to have an honest discussion about the decades-old structural problems of the state’s education system and how to deliver to children the quality education they deserve. She said it’s time to merge the administrative costs of the state’s underperforming K-8 dependent school districts by putting them into existing pre-K-12 school districts.

“This would get more money to classrooms and enhance educational outcomes in a more effective way. We must ensure that our students are provided the highest quality instruction through advanced curriculum and facilities," Fallin said.

For the Department of Corrections, the governor’s budget includes a $20 million supplemental appropriation this year, which will be annualized, and a $10 million appropriation increase next year to address continued offender growth and help keep the public safe.

Fallin, for the second year in a row, used graphs to emphasize the shrinking levels of dollars that legislators are actually able to appropriate (see attached GRAPH 1). This year, legislators will only appropriate about 45 percent of total Oklahoma tax receipts, down from 55 percent in 2007.

The collapse of oil prices and decades-old structural budget problems have caused almost a $1 billion budget hole. She also asked lawmakers to approve a measure that would automate the reconciliation of some agency non-revolving funds from “one-time” funds to general revenue.  These funds, which contain about $1.5 billion, are there every year (see attached GRAPH 2). The governor requested legislators approve her executive budget, which begins the type of true, meaningful fiscal reform the state needs.

“This budget takes control of the challenges we face today and puts us on far better footing for the future. It makes necessary cuts that will require continued efficiencies from agencies, prioritizes spending and lessens those reductions in our core service areas wherever possible. It modernizes our tax code to make it more consistent with 21st century commerce. Because this budget proposes using recurring revenue, it uses zero one-time revenue. …There is no one-time money in this budget. It doesn’t even use the Rainy Day Fund," Fallin said.

The governor said the state could bring in an additional $200 million a year by modernizing the way sales tax is collected. Annual sales tax exemptions total $8 billion, which is more than is available for lawmakers to appropriate each session (see attached GRAPH 3).

“The sales tax code in Oklahoma today  isn’t much different than it was in the 1980s despite huge changes in the way commerce is conducted and the way consumers purchase goods and services. Reading our sales tax code is like watching a VHS tape when you can use Netflix. Modernizing the sales tax code means keeping the same low rates and applying them in ways that better reflect today’s commerce and consumer behaviors," Fallin said.

Fallin told lawmakers if lawmakers take no action and don’t change the way the state apportions and collects revenues that most state agencies would face a 13.5 percent cut for the upcoming 2017 fiscal year. If lawmakers drained the state’s savings account, the Rainy Day Fund, agencies would see a 10 percent cut.

Fallin said her budget calls for capturing $910 million of recurring revenues for appropriations that will help fund core services next year and in the years ahead. That includes $181.6 million from increasing the personal consumption tax on cigarettes.

“Smoking is Oklahoma’s leading cause of preventable death and it costs our state $1.6 billion in related health costs each year. Our smoking rate has dropped 19 percent since I took office, but one in five Oklahomans still smokes. This is the most important thing we can do to improve Oklahoma’s health ranking," Fallin said.

Fallin thanked lawmakers for approving legislation two years ago that authorized a $120 million bond issue to begin restoring the state Capitol. The issue was a start, not a finish, the governor said, and contractors estimate it will take another $120 million to complete the work.

“Let’s finish the Capitol’s most pressing needs. In 2017 we will celebrate with a party this building’s 100th birthday. No one should want to stop construction. Interest rates remain low, and the new bond wouldn’t be issued until 2018, when 40 percent of our existing bond principal rolls off the books, so we can do this in a way that doesn’t affect next year’s budget. This is a legacy opportunity for you all. Let’s finish the job right," Fallin said.

The governor, during her speech, recognized faculty and students of Gore Elementary School who improved the C score it received in the 2013 A-to-F grading system and improved it to an A+ rating, and of Gore Upper Elementary, which also improved its scores, going from a D- in 2013 to a C+ in 2015.