Rally Against Hate At Capitol Met With Counter-Protest Rally Against Hate at Capitol Met With Counter-Protest 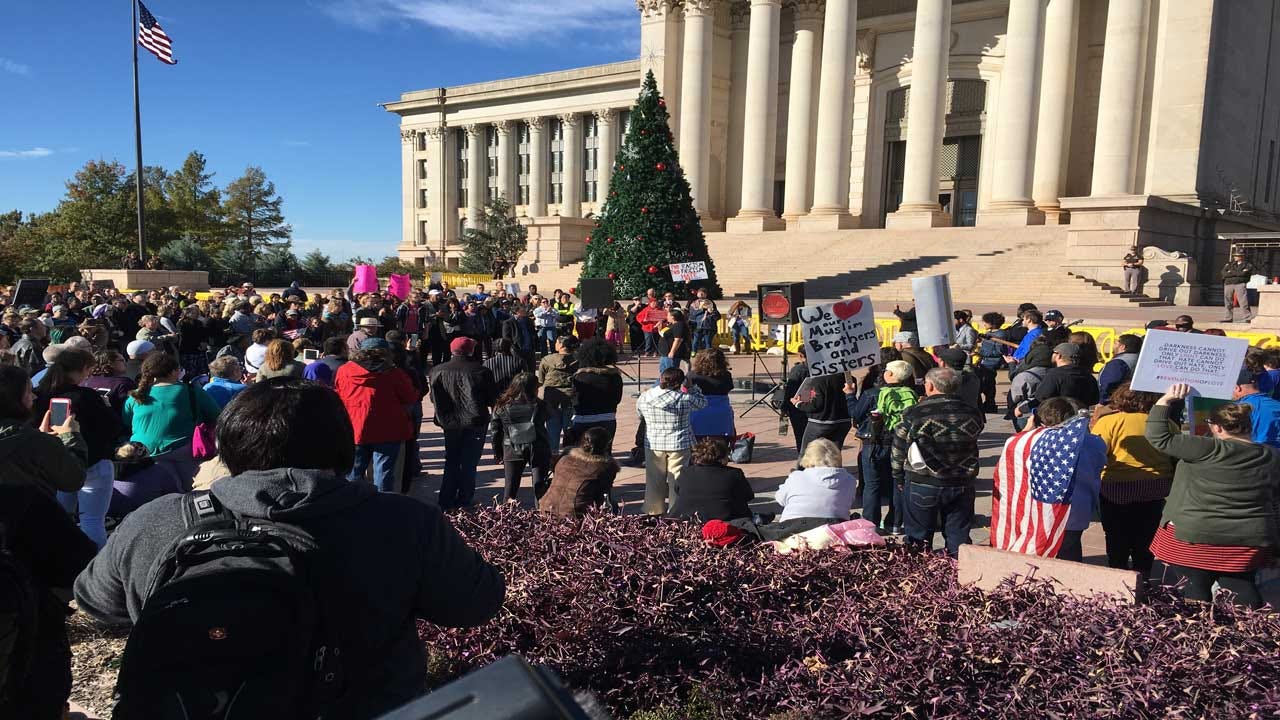 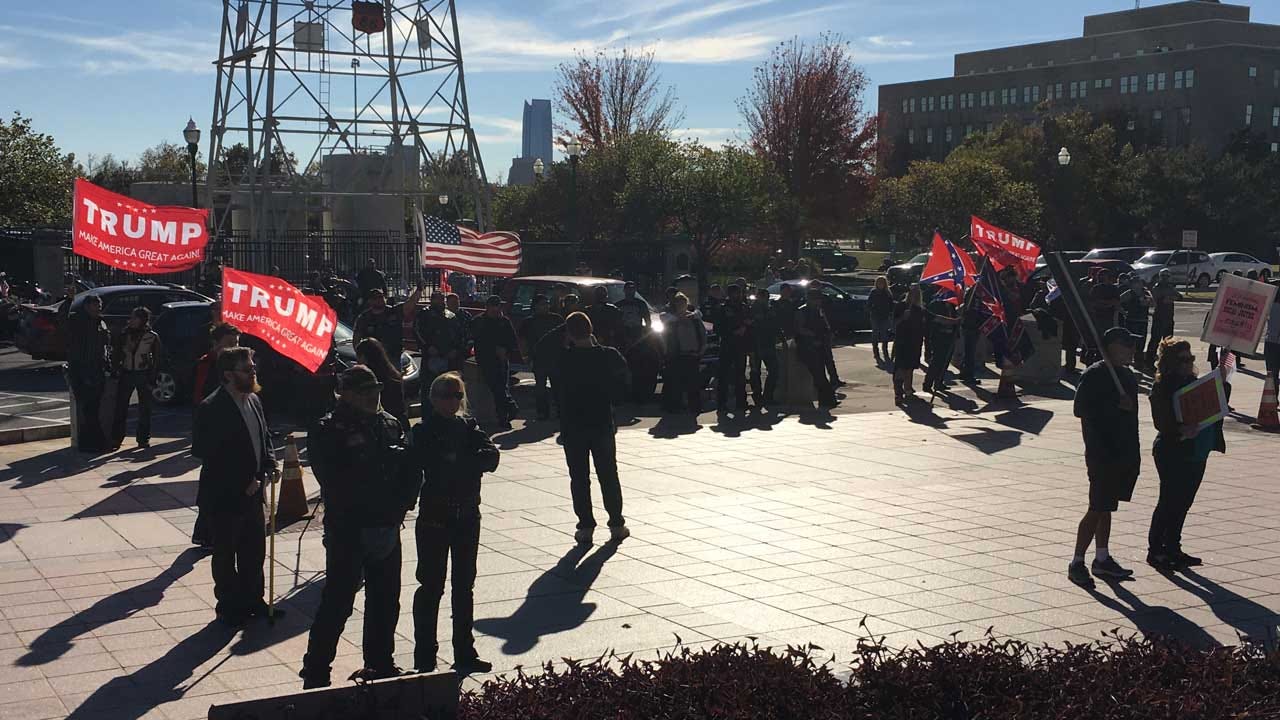 Hundreds converged Sunday afternoon on the state Capitol for a "Rally Against Hate."

State troopers estimated up to 800 people showed up between both sides of the protest, but they remained peaceful and friendly at times.

Originally scheduled for last weekend and initially billed as an anti-Trump protest, the organization of this gathering grew into a broader message.

“Trump is a symptom and we’re not interested in treating symptoms,” said organizer Dario Elizondo. “We want to address the root issue, and we have to acknowledge that there’s a deep hatred.”

There were still many in the crowd who displayed their feelings about the president-elect, and some came from as far away as Tulsa and small towns around the state.

Donald Trump supporters were close by, however, with signs and flags of their own. State troopers kept a close eye from the ground and had a birds-eye view from posts in nearby buildings as some motorcyclists used their engines to drown out the rally, but many of the counter protesters say they were just there to make sure no one burned American flags.

“We’re all a part of something bigger than ourselves and that’s humanity, so we do need to find a common ground where we can all agree and respect one another,” said Andrew Duncomb, a member of the Sons of Confederate Veterans.

Individual conversations broke out between both sides throughout the rally, and the demonstrators said Oklahoma is setting a great example for protests elsewhere.

“That made me realize there’s a lot of good people, but because there’s a political affiliation, that has severed the human connection,” Elizondo said.

Organizers said Sunday's rally will not be the end of their action plan. They told demonstrators to work with their community on a local level to ensure unity and inclusiveness among all people.

Rally Against Hate At Capitol Met With Counter-Protest