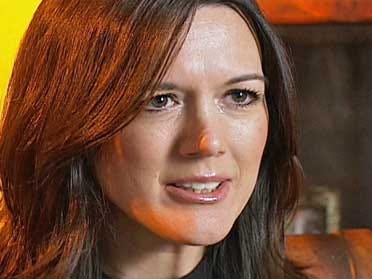 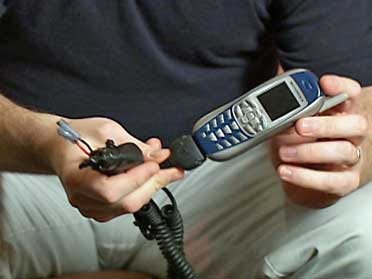 SEATTLE, Wash. -- Cell phones, computers and GPS systems make life easier for most of us. But this technology also can be used by stalkers to terrorize their victims.

News 9's Mary Joseph traveled to Seattle, to bring you a story of a man secretly tracking his ex-wife, leaving her nowhere to hide.

The quaint charm of a small town near Seattle was the ideal place for Sherri Peak and her husband, Rob, to raise a family.

"From the outside-in, things looked great and perfect, and we looked happy," said Sherri Peak. "We had a nice house and cars and jobs and our

But the charm of her picture-perfect life slowly faded when her husband started to act insecure and jealous.

"Over time, Rob began to unravel," she said. He became angry, violent and extremely possessive.

After 10 years of marriage, Sherri filed for divorce.  That's when her life took a dramatic and alarming turn.  Where ever she went, her estranged husband was never far behind.

Sherri's ex-husband would show up while she was running errands or at the grocery store. One night he appeared outside a restaurant in downtown Seattle.

Rob's constant and unexpected presence in her life finally drove Sherri to the Bellevue police department. Investigators searched her car and found hidden behind the dashboard a cell phone working silently, in stealth mode.

was going - all via a cell phone.

"I underestimated him," Sherri said. "Because I had no idea he cleverly crafted something out of a simple cell phone."

Beth Stanford with the Oklahoma Coalition against domestic violence said with technology so accessible and affordable, it is now common for stalking to take a high-tech twist.

From spyware on computers, to GPS tracking devices easily available online, a stalker can prey on a victim - leaving them exposed and possibly in danger.

Robert Peak pleaded guilty to felony stalking and was sentenced to 8 months behind bars.  He is now out of jail.  Sherri has a restraining order against him.

Sherri now shares her story of survival.   Spreading the word that in a world full of high-tech gadgets, the good comes with the bad.