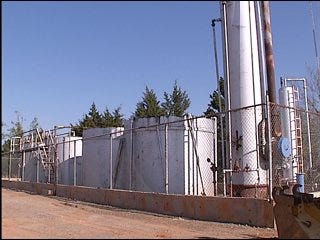 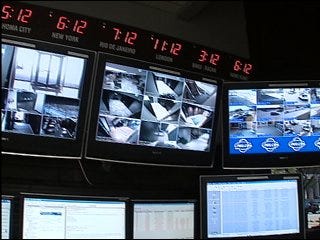 As the price of oil soars, the number of oil thefts continues to rise in Oklahoma, officials said.

"He pulled up to someone else's oil field and started pumping oil," Mashburn said.

Mashburn said it was the first time in his career to file that type of charge.

Officials at Devon Energy said they have been battling an increase in oil theft for several years.

"They will literally pump it out in the dark of night," Spokesman Chip Minty said.

Devon has taken steps to cut down on crude crime by installing video surveillance at their sites in Oklahoma and Texas.

"We monitor them 24 hours a day and see activity happening," Minty said.

District Attorney Mashburn said he expects he could see more cases like Whitaker's as prices continue to rise.

"Prices go up and up," he said. "You will see people taking advantage of that, unfortunately."

In addition to the charge in Garvin County, Whitaker also face 220 counts of racketeering, embezzlement and perjury from the Attorney General's office for misrepresenting the productivity of oil and gas leases.  Whitaker declined to comment.