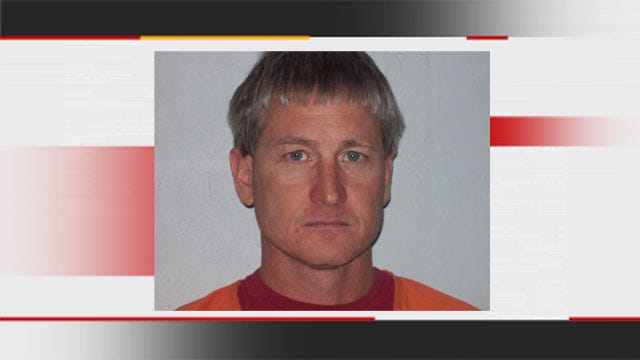 SAYRE, Oklahoma-- For the second time, a former Oklahoma Highway Patrol trooper is accused of violating a protective order for a teenager he allegedly had sex with.

Ronnie Arganbright was fired from OHP in February after allegedly having sex with a teenage girl in his patrol car. Prosecutors then charged him with violating a protective order the teen had against him in Beckham County. Now he's been charged with violating that same protection order a second time.

Wednesday, March 9, Arganbright was back in court for the additional charge.

"He was at a golf course where this girl was also located," said defense attorney Josh Welch. "The state alleges that that is a violation of the protective order."

Welch said he thinks the charge is without merit, adding he believes Arganbright was at the golf course and the girl showed up after the fact.

Meanwhile, the Oklahoma Highway Patrol has finished its investigation into the patrol car incident. The age of the girl--15 or 16-- could be crucial.

"It's very important in our decision because there are several things we have to look at to determine whether the charges are warranted or not," said Beckham County District Attorney Dennis Smith.

"As you know the age of consent in Oklahoma is 16. So any act that this young girl may have had with my client is not against the law, as immoral as it may seem," said Welch.

The District Attorney is reviewing the OHP report to see if there is enough evidence to charge Arganbright with a felony in the patrol car incident.

"At some point, hopefully in the not too distant future, we'll make a decision whether we have a case that we can file," said D.A. Dennis Smith.

Arganbright remains free on a $50,000 bond. He was placed on administrative leave on December 8 and was charged on January 21.

Woman Killed In Crash Along State Highway 20 In Osage County