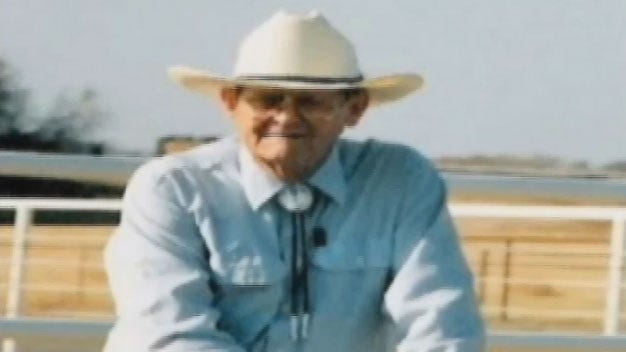 ENID, Oklahoma -- Before there were highways, interstates and turnpikes there were trails, and not just any trails. Huge cattle trails stretched right through the center of Oklahoma that carried cattle, people and goods.

As part of News 9's road trip, we met a man in Enid who can tell you all about those trails, because he's seen them up close.

Oklahoma has a proud history of strong men, men that weren't afraid to take on a task and see it through to the end. Guys like Bob Klemme, who single-handedly marked the Chisholm Trail throughout this state.

Klemme first became interested in the trail back in junior high, but it would be 50 years before he developed the passion for it that he still has today.

"Those trails, as far as I'm concerned, they were the interstate highway system of their day," Klemme says.

Destiny came calling for Klemme one day in the county courthouse while he was researching some county property. He came across a government survey of the Enid area from 1872, and it had the Chisholm Trail clearly marked. Bob spent years doing more research and looking for trail ruts in the Oklahoma soil. Then he got an idea.

"I thought ‘Now that I have all this knowledge, maybe I ought to mark the trail in some way'," Klemme said.

Klemme came up with this design and began making them in his backyard. He meant to make 79, but ended up with 104 of them all over the place.

Klemme eventually set more than 400 posts across Oklahoma, from the Kansas border to the Red River. And though the trail is still his passion, Bob still can't tell us why exactly he did it.

"Well, I haven't figured that out much. But I'll tell you one thing. I had fun every day," Klemme says.

Klemme tells News 9 that his main reason for marking the trail was so that others who were interested in it wouldn't have to go through all the years of research that he did.