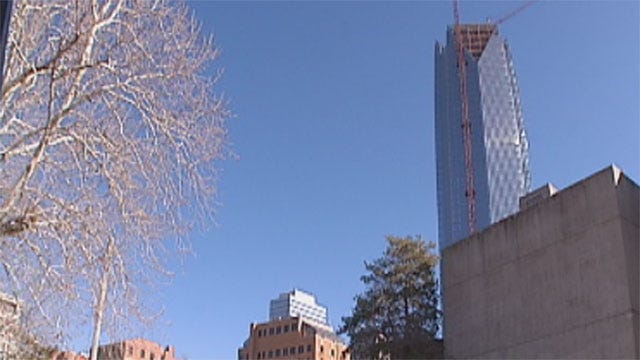 Despite efforts to brand Oklahoma City as a Big League City, the rest of the country doesn't see it that way. That's according to a new survey that asked outsiders their first reaction of cities across the country.

Oklahoma City has undergone a lot of changes beginning with the MAPS projects that transformed Bricktown, to the construction of the Devon Tower, and the addition of a new NBA team.

Mayor Mick Cornett said if someone hasn't visited the city lately or seen the city, they may not know about the progress.

"Oklahoma City's strengths are things you have to be here to experience," Mayor Cornett said.

Cornett touts the city's low unemployment numbers, strong housing market, cost of living, and low traffic congestion and crime rate as strengths. The Mayor is not surprised Oklahoma City came in low when people were asked how they viewed the city.

"If you have not been exposed to Oklahoma City, it takes a long time for people to break down those stereotypes," Cornett said.

Sam Arbesman, the researcher behind the survey, wanted to know if rankings and statistics affect someone's perception of the city.

"A lot of matrix that people used to try to understand cities, whether they are good or bad, are pretty well-correlated with people's knee-jerk opinions of cities," Arbesman said.

The 310 people he surveyed ranked Oklahoma City 4th in negative reactions, just behind Detroit, Birmingham, and Cleveland. What he doesn't know is why they view the city negatively.

"A lot of times our impressions of cities are formed either because we weren't there, or we were there a certain time ago and we've neglected to update our impression of these cities,"  Arbesman said.

What he did find is cities in a particular region had a higher opinion of other cities in the same region, possibly because they have visited those cities.

The cities with the most positive reactions are Seattle, Denver, and San Francisco.