Mother Begs For Help Before Baby Dies In DHS Care 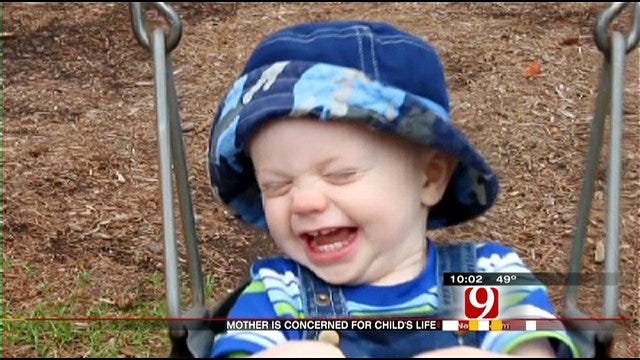 A mother makes a plea for help saying her three-year-old son is being abused and she says she has two doctors backing up her claims.

But she says the court system and DHS are failing do anything.

According to the child's mother, she has been granted visitation but hasn't seen her son in three months. She says she is concerned he is even alive.

"I'm afraid that my son will not even make it to see his fourth birthday," said Kayla Harmon.

They're concerns shared by Dr. Adel Shaker, a forensic pathologist out of Alabama. Shaker reviewed pictures and medical records sent to him by Harmon's parents and concluded the child: "has been a victim of battered child syndrome. An urgent plan for proper custody of this child should be implemented immediately otherwise it is unpredictable to foresee this child's life in the future."

When News 9 asked: "If he stays in that situation he could die?" Dr. Shaker answered "If he continues to live in the same environment."

Judge William Layden placed the child in the custody of his father. Layden has since been indicted for conspiracy and perjury.

But after the boy was diagnosed with a rash that another doctor says was likely caused by sexual contact, an Oklahoma County judge issued an emergency order to put the boy into the custody of his grandparents: Kayla's mother and father.

But that ruling was overturned days later by Judge Tammy Bass LaSure, who has also been indicted on fraud charges.

The child's case was then turned over to the Pittsburgh County courts and the DHS.

"Even if I wasn't even in the picture, somebody needs to look at this and think about the child. Because he's just a baby," said Harmon.

Dr. Shaker was paid to review the case by Harmon's parents.

We contacted the father's attorney who wouldn't comment on this case. But in court documents the attorney has alleged Kayla's grandparents have exaggerated or not been truthful in claims of abuse and says the repeated examinations have caused emotional harm to the child.

That attorney has filed a motion to terminate their grandparent's rights.

Because this case involves a minor, neither DHS nor law enforcement could comment on the investigation.

Mother Begs For Help Before Baby Dies In DHS Care