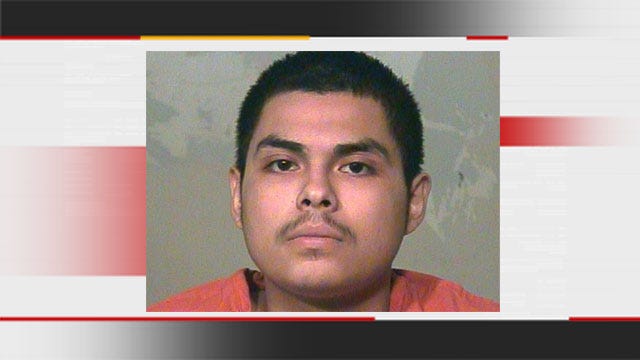 Police say when a suspect pulled out his gun and started shooting, the manager of a northwest Oklahoma City pool hall pulled out his own weapon and fired back.

According to a police report, a man and his friend were playing pool at Chester's Pool Hall near N.W. 50th Street and N. May Avenue on June 10. The man saw two people walk up to a counter, steal a tip jar filled with cash, and walk toward the exit.

The witness told the manager what he'd seen, and the manager went outside to confront the men. The manager and one of the suspects physically struggled over the tip jar. When a second person came out to help the manager, the suspect told his friend to shoot them.

Witnesses said the other suspect, identified as 18-year-old Jesus Perez, pulled out a gun and opened fire. The manager then pulled out his own gun and started shooting.

Both Perez and the manager were hit by gunfire, but neither was seriously hurt. The other suspect threw down the tip jar when the manager pulled out a gun, but witnesses said he then went to grab the gun Perez had dropped.

Before the second suspect could reach the gun, police arrived. Officers arrested Perez and a 16-year-old suspect. They were booked into jail on a complaint of robbery with a firearm.