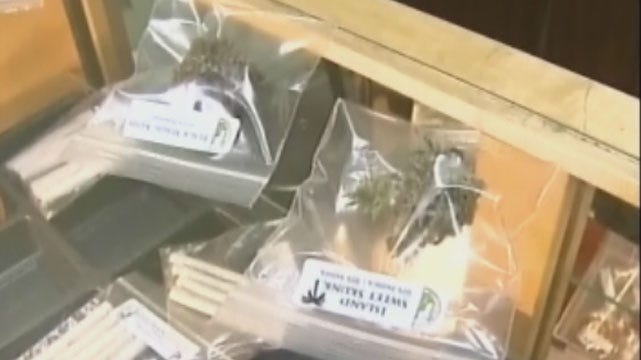 Advocates for medical marijuana say they are finally making progress into legalization here in Oklahoma. The head of the Oklahoma Senate has approved a study into the issue.

Senator Constance Johnson says this is the first progress on the issue since she first introduced it in 2006. She plans to call Doctors, experts, patients and advocates to testify.

"There are a lot of people in Oklahoma who are interested in this issue and they're finally getting a voice in the process," she said.

"I think we should leave it up to the medical community to decide what to use to help people," said attorney David Slane says he has represented a client in Oklahoma who's doctor recommended medical marijuana.

"It's not medicine," argues Mark Woodward with the Oklahoma Bureau of Narcotics.

He says his agency will ask to testify at the hearing.

"The bottom line is the whole medical marijuana movement is recreational pot smokers looking for loopholes in the law so they can recreationally smoke it whenever they want," Woodward said.

Senator Brian Crain, head of the Health and Human Services committee still has to grant the hearing. He tells News 9 he is looking into how much time it will take.

Senator Crain says he hopes to make a decision this week if and when he will hold that hearing.