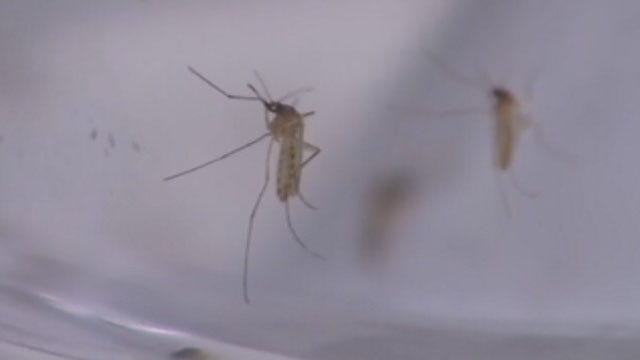 Two people have died this year from West Nile Virus in Oklahoma, including an elderly Oklahoma County man. But the elderly aren't the only ones who should be concerned.

There have been 24 new cases of West Nile in the last week. One Edmond man was bitten by a mosquito last month. Since then, his life has changed forever.

Clark Curry doesn't know when the infected mosquito bit him. He knows West Nile Virus is real and deadly. The tiny bite from the mosquito was strong enough to send him to the hospital and put him in a wheelchair.

Curry has spent the last month of his life at Mercy Hospital.

He goes home Thursday, but since he is wheelchair bound, he and his wife had to knock out walls and build ramps to accommodate an illness he says is preventable.