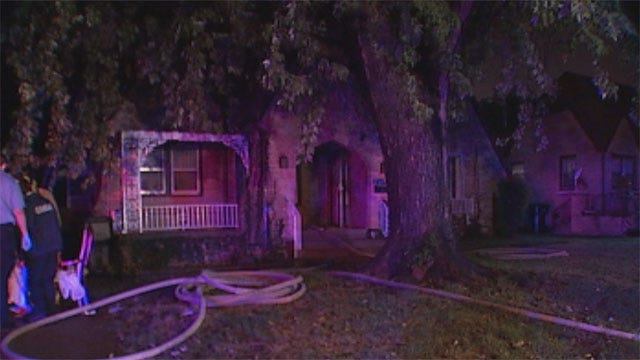 A woman rushed to save her disabled mother when flames swept through their two-story home on N.W. 28th Street near Penn Avenue.

The fire started early Friday morning and did significant damage to the home. Firefighters said the woman managed to get her wheelchair-bound mother from the second floor of the house to the front porch moments before the first firefighting crew arrived on the scene.

"That's the situation we were in this time," said Oklahoma City Fire Chief Todd Matthews. "Luckily, it worked out they were out just prior to our arrival so it took that out of the equation quickly, and that second engine was right behind the first engine so we had our water almost instantly."

Both women were taken to a hospital for smoke inhalation.

Firefighters say they had a tough time getting around in the house and putting out the flames because of the large amount of clutter inside the home.

Investigators believe the fire is an accident and may have started with an electrical problem.