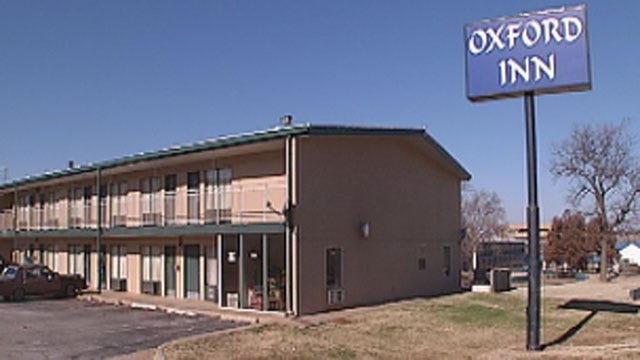 The owner of the Oxford Inn, located at 5301 N. Lincoln Boulevard in Oklahoma City, was found dead inside the front office over the weekend.

Both Oklahoma City police and the Medical Examiner's Office confirm the man murdered was 61-year-old Bipinchandra Patel. His family told News 9 he was shot to death.

On Monday, the office at the Oxford Inn was closed as family tried to deal with the tragedy.

James Arnold Upshaw has lived at the Oxford Inn for the past two years. He says he did not even know anything had happened in the office until the following day. News that someone killed the owner comes as a real shock.

Police say they got a 911 call Saturday night to check on someone's welfare. When they arrived, they found Patel dead inside.

Friends, family and even hotel guests are devastated, wondering who would want to hurt Patel.

But Upshaw for one is not surprised, saying there was a lot of crime reported here.

"Well you got a lot of drug traffic and mostly it's a lot of drifters," Upshaw said.

We checked and there were a total of 51 police calls made to the Oxford Inn since the first of the year, mainly for disturbances, domestic assaults, and a couple of stolen cars. But there was a rape reported her back in July. And now there is a murder.

Both Patel and his wife own the Oxford Inn. His family tells us she had recently flown to India to visit family, but will now be returning to help plan the funeral.

Police are asking anyone with information to contact their homicide tip line at (405)-297-1200. You can remain anonymous and you may be eligible for a cash reward.