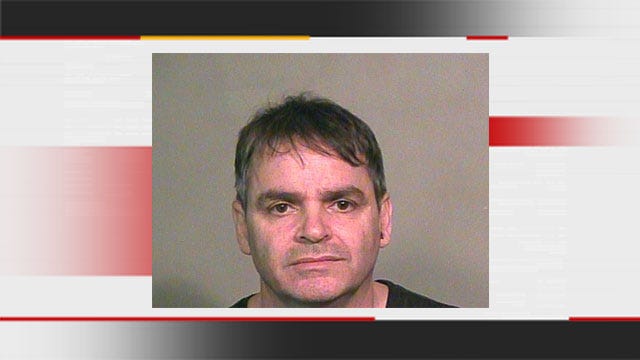 Police were called to an Oklahoma City hospital on February 9. A woman told officers she was at the grocery store when her daughter called her, and said her father had beaten her. The woman rushed home and found her daughter locked in a bedroom. She took the girl to a hospital.

The girl told police her father had hit her on her arm, shoulder, back, and in her stomach. The child had several bruises.

The victim's mother agreed to take police to her home in Yukon to speak to the suspect, Kerry McAroy. Police knocked on the door for several minutes, but McAroy didn't answer. His wife said he was likely passed out. She tried to use the garage door opener to enter the house, but it didn't work. When she tried to use her key in the door, it also didn't work.

The woman gave police permission to force their way into the home. Officers say McAroy then walked into the room and they took him into custody. Police say it appeared McAroy had tampered with the garage door opener and several locks in the house.

According to a police report, McAroy said he and his daughter were arguing when she hit him. He said that's when he "lost it."

McAroy was booked into the Oklahoma County jail on complaints of engaging in child abuse, and domestic abuse.