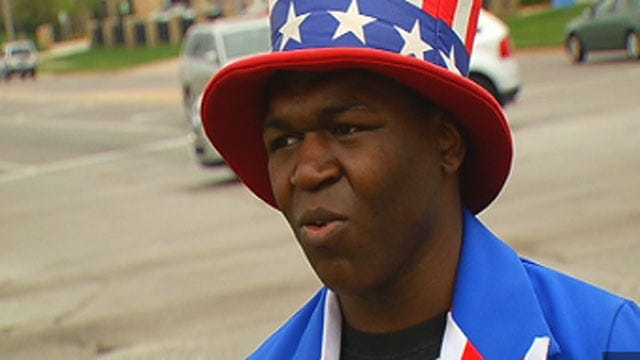 The victim of a hit-and-run accident says he's determined to find the man who ran into him while he was riding his bike to work.

Last Thursday, Aavery Ross was riding his bike southbound on Penn. north of Hefner. When he crossed the entrance to the Buy for Less parking lot, he says the driver of a black Mercedes pulled out and hit him.

"I screamed ‘stop, stop, stop, bicycle.' And he hit me and I fell right to here," he explained.

Ross says the driver of the car stopped and checked on him.

But the driver then left without sharing his name or any information.

"I was too shook up to even get information from him either," Ross said.

In addition to some serious road rash, Ross says he also ended up in the hospital with a hematoma.

Now, working the intersection just a few feet from the scene of the accident. Ross is watching every car that comes by very closely for the Black Mercedes that hit him.

Police say even though the driver stopped, it's still illegal to leave an accident without giving any information.

"All I can do is find the car and find the guy who did it," Ross said.