One Dead, Suspect In Custody Following Shootout In Luther 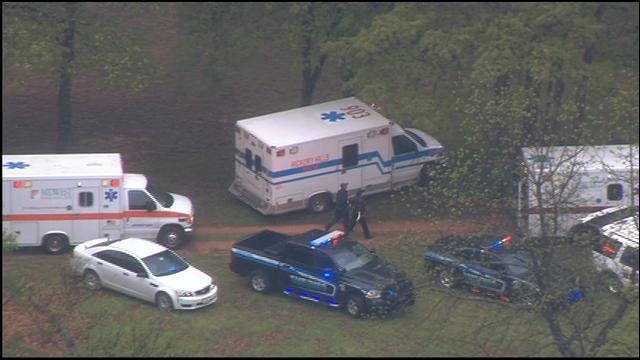 One person is in custody after an alleged shootout between a son and his parents.

It happened Thursday afternoon at a rural home in Luther located at 21351 N.E. 122nd Street. When deputies with the Oklahoma County Sheriff's Office arrived on the scene, they found a man dressed in full tactical gear including a bullet proof vest. He was taken into custody.

Investigators then found the suspect's mother dead inside the home with a gunshot wound to the head. Her husband, the suspect's stepfather, was also found shot multiple times. He is expected to survive.

Investigators believe the three exchanged fire. The shooting is under investigation.

One Dead, Suspect In Custody Following Shootout In Luther