Man Looking For Niece Missing Due To Tornado Moore Resident Helps To Save People Trapped Inside 7-11 Man In Moore Searches For His Uncle 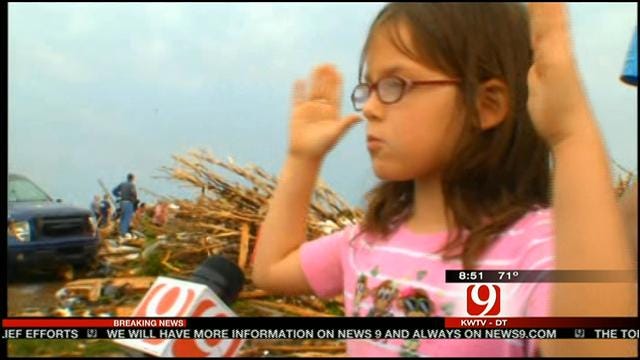 A massive tornado touched down near Newcastle, and tore through southwest Oklahoma City and Moore Monday afternoon.

News 9 has crews in the area where the tornado hit. We are hearing from many residents in the Moore and southwest Oklahoma City area, who are now sharing their stories of surviving the deadly tornado Monday afternoon.

Click on the videos above to watch their stories.