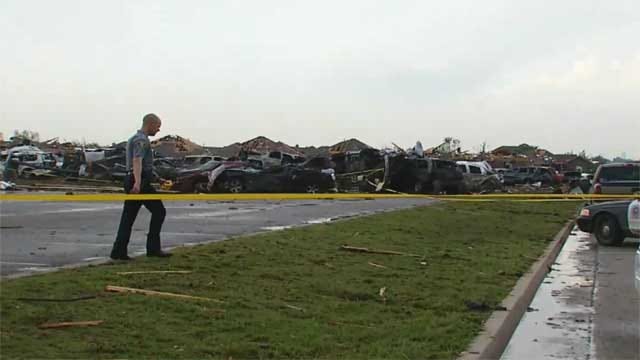 President Barack Obama has called Oklahoma Gov. Mary Fallin to express his concern about a monstrous tornado that wreaked havoc in the Oklahoma City suburbs.

The White House says Obama told the governor that he's directed the government and the Federal Emergency Management Agency to provide any assistance she needs. FEMA has sent a special team to Oklahoma's emergency operations center to help out and dispatch resources.

Obama also told Fallin to contact him directly if the federal government can provide additional help.

5/20/2013 Related Story: OK Governor Calls Out Soldiers To Help With Search And Rescue

The White House says Obama's homeland security team is keeping him updated on the situation.

The tornado flattened entire neighborhoods in the southern suburb of Moore with winds up to 200 mph, leaving buildings on fire and landing a direct blow to an elementary school.