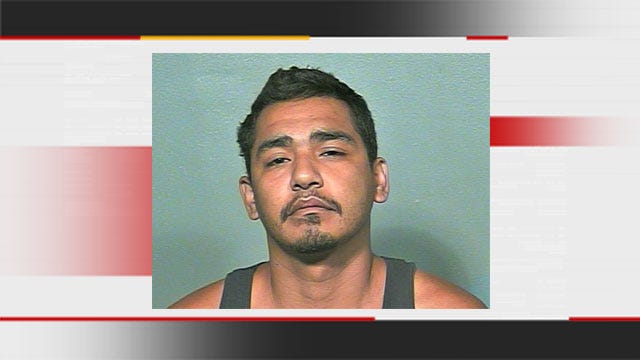 Police say an elderly man held a 28-year-old burglary suspect at gunpoint when the man allegedly tried to break into his house early Thursday morning.

The man was awakened around 4:30 a.m. when he heard noise at his back door in the 5000 block of S. Bypass Terrace. When he went to investigate, he said he saw Anthony Cabralalez attempting to break in to the house.

The victim told Cabralalez to stop and go away, but the suspect kept trying to get inside the house. The victim said he even tried to get in through a small window.

The victim called police then grabbed a rifle. He pointed it through a window and told Cabralalez to sit down and wait for officers to arrive. The victim said Cabralalez refused, and continued trying to break through the door.

The homeowner fired three warning shots into the air, and that's when Cabralalez finally sat down. When police arrived, they found a broken blade from a knife stuck in the back door, where it appeared Cabralalez had tried to pry it open. Police arrested Cabralalez and booked him into the Oklahoma County jail for first-degree burglary.