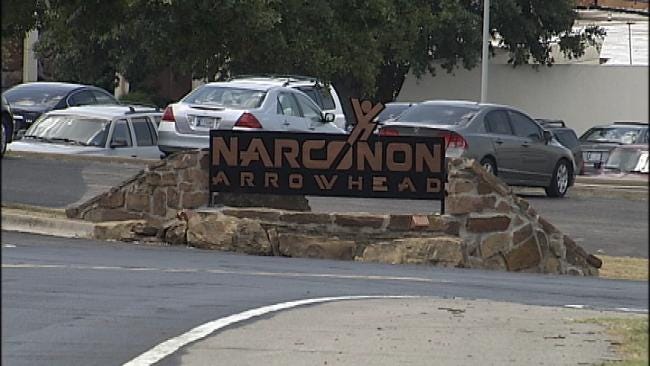 It has been more than a year now since a state agency and local law enforcement began investigating Narconon Arrowhead. Three deaths at the drug rehab center near Canadian prompted the criminal probes, but so far the investigations have yielded nothing.

In July of last year, Stacy Murphy became the third person to die at Narconon Arrowhead during a nine-month period. The deaths cast the national spotlight on the Scientology based rehab center and led to criminal investigations by the Pittsburg County Sheriff and District Attorney.

In addition, the Oklahoma Department of Mental Health and Substance Abuse also launched an investigation.

But for hopeful family members, those answers haven't come.

"I've been a former U.S. Attorney, a former assistant district attorney, I was head of the investigation for the state insurance commission at one time, I don't see an investigation going on. Never have," said Gary Richardson, an attorney representing several families in civil suits against Narconon Arrowhead. "We've deposed three people in recent days, two of them haven't been talked to by law enforcement, one talked for 15 minutes over the telephone. Her deposition lasted over seven hours."

All agencies say the investigation is still on-going. A spokesperson from the State Department of Mental Health and Substance abuse says they continue to investigate but have turned some information over to the Attorney General's office.

Meanwhile, this past Sunday, Stacy's family placed a headstone on her grave, still without any real answers about why she's there.

Narconon Arrowhead has lost its certification to conduct medical detox services. That facility is at a different location in Pittsburg County.