OKC Police Identify Suspect Shot By Officer After Shooting Self 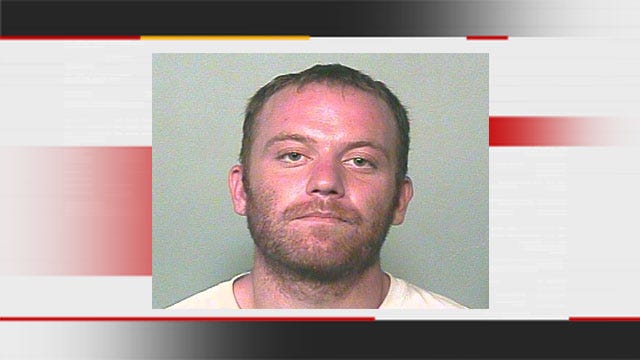 Police have identified a 28-year-old suspected car thief who was shot twice early Sunday morning; once by himself and again by an Oklahoma City officer.

Around 1 a.m. September 22, Sgt. Bradley Conley, a seven-year veteran of the police force, was taking a stolen car report at an apartment complex at N.W. 23rd Street and Sterling. Witnesses told the officer the suspect was driving in a nearby parking lot.

Sgt. Conley located the car and the suspect, Justin Donald Horton, jumped out of the vehicle and ran. Sgt. Conley chased him on foot and drew his Taser, but the officer soon realized Horton was holding a gun.

According to the police department, Horton pointed the gun towards his own head. Sgt. Conley drew his own weapon and began trying to negotiate with Horton. Police say the suspect shot himself as he lowered his weapon and pointed it toward Sgt. Conley. The officer then shot Horton, and took him into custody.

Horton was rushed to a hospital. He's in critical, but stable condition and expected to survive his injuries.

Sgt. Conley was placed on routine administrative leave while the shooting is being investigated.

OKC Police Identify Suspect Shot By Officer After Shooting Self