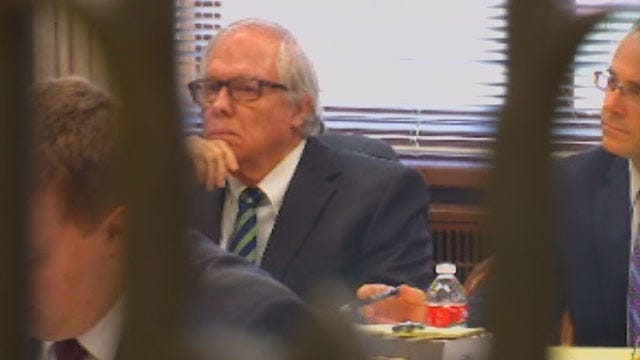 Dr. William Valuck is facing murder charges in connection to the overdose deaths of several patients.

The state dismissed one of the nine counts of murder before putting in evidence in the preliminary hearing.

"Dr. Valuck prescribed more drugs than any other physician in the state," said Surovec.

Her testimony revealed the details of a federal and state investigation dating back to February 2012. Surovec said "van loads" of patients would pull up to Valuck's pain management clinic in southwest Oklahoma City. She described the waiting room as "jam packed".

During the investigation, Surovec discovered Valuck had a cash only - no insurance payment method where he would allegedly prescribe all patients the same cocktail of drugs: loritab, xanax, soma, and oxycodone - a combination of highly addictive controlled dangerous substances.

Prosecutors allege eight patients died as a result of that combination. The DEA ramped up its investigation after the first overdose death. Surovec said the DEA found 5-10 pharmacies that refused to fill prescriptions written by Valuck.

The federal agency also received faxes from pharmacies concerned with the quantity of pills Valuck prescribed to his patients. In some cases as many as 600 pills per patient.

Gina Walker, a public defender said this is "a potentially precedent-setting case." The defense argued it's easy for drug seekers to exploit pain management clinics and that at the time of the time of the overdose deaths -- there were no requirement for doctors to check a prescription pain management registry, known as PMP, to ensure patients were not doctor shopping.

Prosecutors then called on a pain management doctor to give expert testimony. The doctor told the court in a review of the deceased patients' records he did not find a legitimate medical purpose for Valuck's prescriptions.

The defense argued the expert witness was not qualified because he had only been practicing pain management for eight months. Judge Susan Johnson ruled otherwise.

Testimony in the hearing to determine if Valuck will be bound over for trial is expected to resume on June 17.