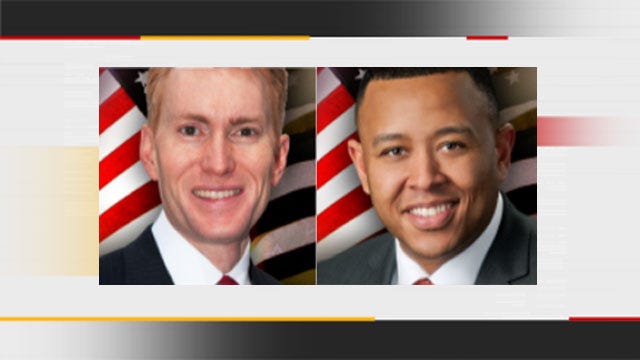 James Lankford now has a lead over T.W. Shannon in a heated race to replace Sen. Tom Coburn, according to a News 9/News On 6 poll.

The poll, taken June 19-21, shows Lankford with 43.4 percent and Shannon with 34.9 percent, with 13.3 percent of likely Republican voters still undecided.

The latest poll indicates Lankford has gained an eight point lead over Shannon since a May 5-10 News 9/News On 6 poll showed the two front-runners nearly tied.

A candidate needs to get more than 50 percent of the votes cast in the June 24 primary to avoid a runoff. The winner of the Republican primary will meet a Democrat and Independent challenger in the Nov. 4 general election.

There are three Democrats running to replace Sen. Coburn. Our latest poll shows Connie Johnson slightly ahead with 13.2 percent. Patrick Michael Hayes had 6.4 percent and Jim Rodgers had 5.4 percent. However, the largest number is the amount of undecided voters. The poll indicates three out of four likely Democrat voters, or 75.1 percent, are still undecided.