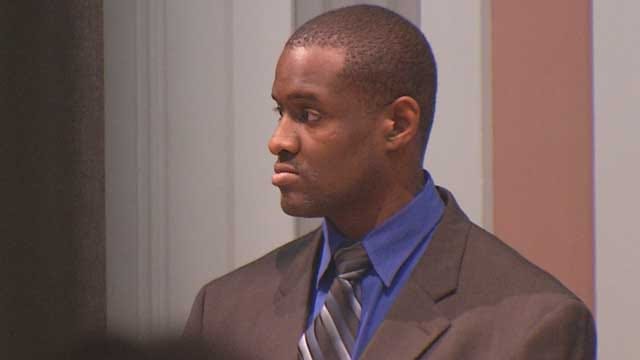 An Oklahoma County jury has sentenced a convicted murderer to death.

Fabion Brown was found guilty for the 2012 murders of his wife, Jessica Brown, and her unborn child.

The jury decided on the death penalty due to two aggravating circumstances: Brown knowingly created a great risk of death to more than one person and Brown hired someone to commit the murders for money.

Brown said he was hoping for anything besides death after representing himself in his death penalty case.

"I just hope they find something that gives them a reason to give something less than death," Brown told News 9 before the sentencing verdict.

During the sentencing phase, Oklahoma County prosecutors said Brown hired a gunman so he could get the $400,000 life insurance policy.

Brown told the jury he had PTSD from his military service in Iraq and deserved to live. Prosecutors said real soldiers don't execute women and babies. The jury took 90 minutes to unanimously decide on the death penalty.

Twenty four hours earlier, jurors took just 30 minutes to return the guilty verdicts for two counts of murder and one count of conspiracy to commit murder.

The case had everything from wiretaps to long term surveillance and testimony from his co-conspirator and girlfriend, Emily Matheson.

"This was a jury who rolled up their sleeves, went to work and worked hard and I think achieved a very just result," said Rowland.

Brown said he plans to appeal. Jessica's mother told News 9, "Hopefully, no other family will have to go through this at his hand."