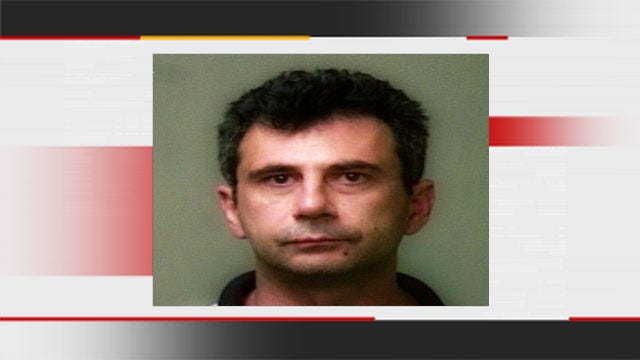 A routine traffic stop was anything but, after Oklahoma County Sheriff’s deputies discovered dozens of forged credit cards.

Deputies made the stop after witnessing a car cross several lanes without signaling on Interstate 40, near Meridian Ave. Three people were inside the vehicle, the driver, 49-year-old Sarkis Demirchian, and two unidentified passengers.

When deputies made contact with Demirchian they say he began acting extremely nervous and everyone in the vehicle told different stories about where they were traveling. Demirchian then gave the deputy permission to search the vehicle.

After searching the vehicle the deputy found 69 credit cards hidden beneath the windshield. All of the cards were imprinted with Demirchian's name, but deputies say once swiped with a portable credit card reader, the cards had different victims’ information on them.

A thorough search of the vehicle turned up a total of 71 forged credit cards. All of the information from the incident was sent to federal investigators to identify the victims and to figure out how Demirchian was able to print the cards in his name.

Demirchian was booked into the Oklahoma County jail on 71 counts of Possessing Forged Instruments. His bond was set at $142,000. The two passengers who were with Demirchian were released at the scene.