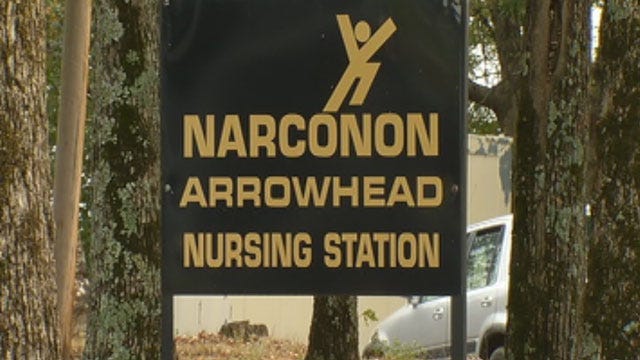 Investigators say the Scientology-based drug treatment center Narconon Arrowhead, located on Lake Eufaula, violated numerous state laws and should be shut down. But they also say the Oklahoma State Department of Mental Health and Substance Abuse hid the results of that investigation, and did nothing.

Former Inspector General Kim Poff and Michael DeLong, the two highest ranking investigators with the agency, say they were fired after they objected to the state keeping the findings of their investigation secret and they have now filed a wrongful termination suit.

In 2012, after three people died in nine months’ time at the Narconon Arrowhead drug treatment facility, the State Department of Mental Health and Substance Abuse launched an investigation. A full year later in August of 2013, family members were still waiting for answers and the agency told News 9 they were still investigating.

But in the lawsuit filed by Poff and Delong the investigators in the case say they finalized their investigation in the fall of 2012, and “determined that the NARCONON facility violated numerous state laws and recommended that the facility be shut down by ODMHSAS.”

“It’s kind of what I suspected all along,” said Robert Murphy. His daughter Stacey died at the facility.

“Their overall recommendation was maybe Narconon should be shut down because people were dying and things weren’t happening the way they were supposed to,” said Rachel Bussett who represents Poff and DeLong who were in charge of the Narconon Investigation.

They allege in the lawsuit that leadership at the agency, including Commissioner Terry White, “attempted to hide the findings of Ms. Poff and Mr. DeLong by telling Ms. Poff to advise the Board of Directors for ODMHSAS that the report and investigation were still pending." Their belief is "because the Department did not want to get involved with litigation involving the Church of Scientology.”

“They didn’t want to take on the Church of Scientology,” said Bussett.

But Poff and DeLong say when there were vocal and upset that action wasn't being taken against the center. They were fired.

“You have an obligation as a state to protect people, and yea money’s a problem for everybody but lives are important and they should have figured it out and they shouldn’t have fired the people who were trying to figure it out for them,” Bussett said.