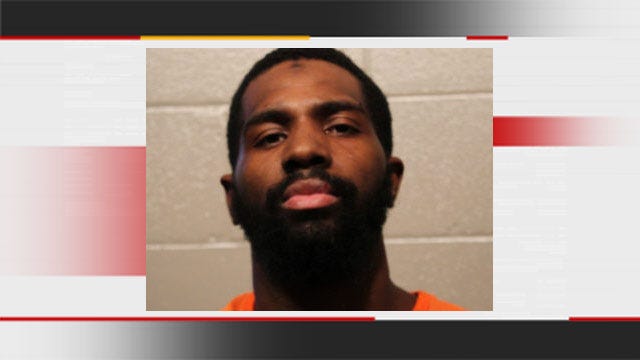 The man accused of beading a woman and trying to behead another asks for a Muslim attorney during his arraignment.

Alton Nolen is currently being held at the Cleveland County Detention Center without bond after being released from the hospital.

For the most part, he stayed quiet and reserved during his arraignment, except for his unusual request.

Nolen spent the past seven days in the hospital after being shot in the abdomen and arm during the attack at Vaughan Foods. COO Mark Vaughan is the one who shot him. Police said Nolen lunged at Vaughan with a knife during his rampage.

Police said Nolen confessed to trying to behead both women after he felt he was unjustly suspended.

During his arraignment, Nolen was escorted by two deputies and stood quietly as the judge read the charges against him. When the judge told him he was going to appoint a public defender, Nolen asked the judge to find him a Muslim attorney to represent him.

In the meantime, the family of Colleen Hufford released a statement Wednesday saying in part:

"Losing our mom, wife and grandmother has been one of the most difficult challenges any of us have faced in our lives. For her life to have been taken in such a a tragic act of violence adds a depth of grief we are trying to comprehend."

The funeral for friends, family and co-workers of Colleen Hufford has been set for 2 p.m. this Friday at Southgate Baptist Church in Moore. A memorial fund has also been set up in her name.

District Attorney Greg Mashburn said he plans to meet with the Hufford family to determine if the death penalty will be pursued in this case.