Man Arrested In OKC For Driving Drunk With Kids In Car 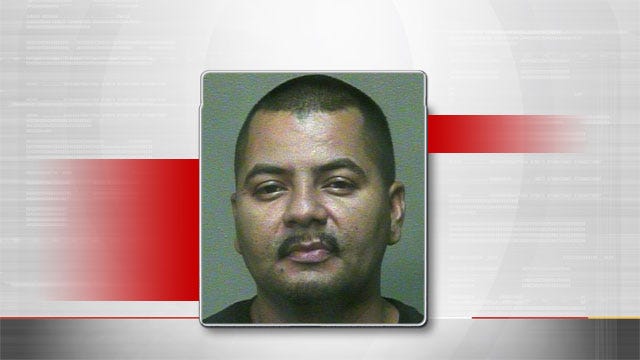 According to police, at about 2 a.m., an officer saw a pickup truck making a wide right turn in the area of S.E. 22nd and Laird. The officer said the pickup turned so wide, it left the roadway to the right. The pickup then pulled back into the roadway, but it went left, leaving the roadway again almost hitting a speed limit sign.

The officer said he stopped the vehicle. When the officer spoke with the driver, later identified as 31-year-old Joel M. Tapia, he said he could smell a strong odor of alcohol coming from Tapia's breath. He said Tapia also had red, watery eyes.

The officer said he saw two young children unbuckled in the front seat of the pickup.

According to the police report, the officer then asked Tapia to step out of the vehicle. He said he tried to administer a field sobriety test, but Tapia was very unsteady on his feet and would not cooperate.

Tapia reportedly admitted that he did not have a driver's license. When the officer asked him if he had been drinking, Tapia said, “No… well, maybe like...ok…three beers.”

Tapia was arrested on complaints of driving under the influence of alcohol and child endangerment by DUI. Police said Tapia had a prior DUI conviction out of Oklahoma County.

Tapia is being held at the Oklahoma County Jail on $24,000 bond. The children were released to their grandmother.

Man Arrested In OKC For Driving Drunk With Kids In Car