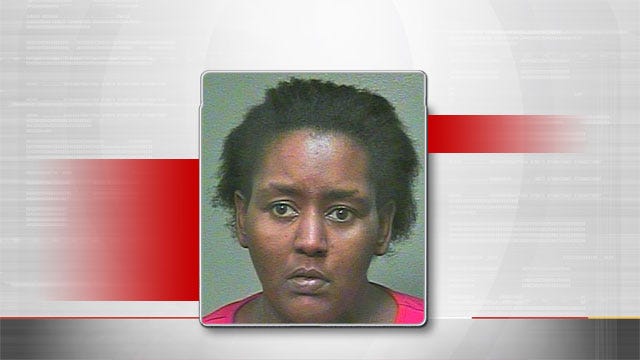 Oklahoma City police arrested a woman who is accused of threatening to kill an employee of the Department of Human Services (DHS,) and making threats to blow up a DHS building.

According to police, at about 4:30 p.m. Tuesday, Officers responded to the report of someone making a bomb threat inside a DHS building, located at 1115 S.E.66th Street.

Officers spoke with a DHS employee, who is the caseworker for the suspect, 50-year-old Brenda Gross. The caseworker said he was on the phone with Gross when she started threatening him.

The caseworker told police that he had been working with Gross since May, and this was not the first time Gross had threatened him. He said Gross is difficult to work with. When he has to tell her that she doesn't qualify for certain benefits, she would threaten to kill him or blow up the building.

According to police, two employees were working at the front desk when Gross started making those comments on the phone. There were other clients and children present in the lobby area when Gross made those comments.

Gross was arrested and booked into the Oklahoma County Jail on complaints of making a bomb threat or conveying information known to be false, telephoning a bomb threat, and threatening to perform an act of violence. She is being held on $36,000 bond.

Gross' three young children were with her during the incident. Police said they were released to Gross's grandmother.