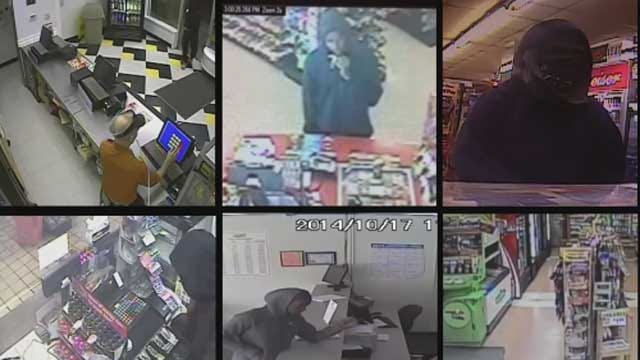 Just over one hundred bills have already been authored ready to be introduced in February. Of which, one focuses on articles of clothing in public places.

Hoods may no longer be allowed.

Surveillance cameras all across the metro catch criminals in the act, robbing gas stations, pizza shops and loan offices.

Each time, the robber's face is covered with a hood or mask.

"Those things are scary to us," said Mayfair Liquor Manager, Shelly Cruze.

Shelly Cruze's store, Mayfair Liquor, was once a target of a robbery and once was enough.

"Of course the hood was up and it was drawn," said Cruze.

So now, Shelly has a clear message to customers even before they walk in. No hoodies, hoods or masks.

Shelly's rule could eventually be law.

After consulting with the Department of Public Safety, Senator Don Barrington has authored a bill that would make it unlawful to wear a mask, hood or covering during the commission of a crime or to intentionally conceal his or her identity in a public place.

There are provisions. Such as, pranks of children on Halloween religious beliefs and special events like a parade, masquerade party or weather.

But if you wear a hood with ill intentions, you could be slapped with a misdemeanor fine of $50 to $500 and or one year in jail.

To Shelly the proposal sounds peachy.

"I think it's a great idea but it will take some interesting writing," said Cruze.

There are ten other states where similar guidelines are law. Those of which includes Washington D.C., where it only applies to persons 16 years of age or older.