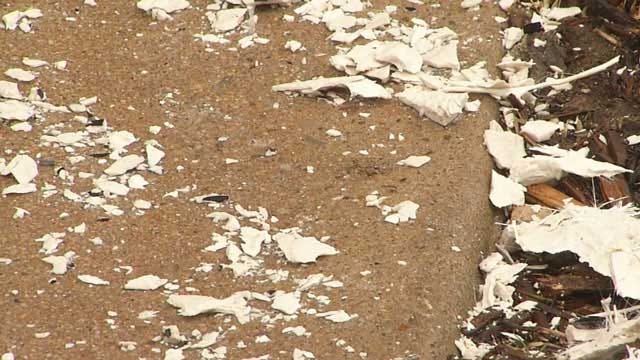 They said a man to whom they gave a ride and even money turned around the next day and came after them.

He showed up on the doorstep in the Mesta Park neighborhood and what happened next was scary.

The incident terrified the family and has the entire neighborhood rattled.

It was Saturday evening on Dec. 27 around 6:30 when Robert Boren said he saw 24-year-old Derek Deshon Stephens walking down his street.

“And he asked me if he could have some tin cans that were out on the front in a bag to be given away,” said homeowner, Robert Boren.

“And then he said well, then can I have something to eat, I'm starving. So I gave him some money to eat on,” said Boren.

He gave him $10 and Derek was on his way. But then as Robert, his wife and two teenage daughters were preparing to leave their home, they said Derek came back and asked for a ride.

So Robert said he trusted his instincts and let Derek inside his SUV with his family and dropped him off at N.W. 23rd Street and Broadway, then gave him another $20.

“I was just doing him a favor,” said Boren.

The next day around 2 p.m., the Borens said Derek showed up again, but appeared to be under the influence and demanding Robert's car keys, money and even a gun.

When Robert refused and told him to leave, he said Derek went ballistic.

Robert went back inside his home, locked the door and had his wife call 911. He began screaming “Let me in, Let me in,” and was trying to open the front door of the home.

That's when Robert said, the man they gave $30 and a ride kicked over two 150-pound nutcrackers off their porch and used pieces of them to break out three windows.

Neighbors could hear all the screaming and commotion. Robert said a father and his son next door came running out of their home with a bat and golf club in hand and chased the suspect down the street.

Robert said Derek tried climbing their back gate before being chased off.

“I was just thinking, what am I going to do if he gets in here. Is he going to hurt everybody? Like what is going to happen? I was scared,” said Olivia.

“I think that I was not very smart in giving him any money, or giving him a ride. But I was trying to do what I thought would be the good thing to do,” said Boren.