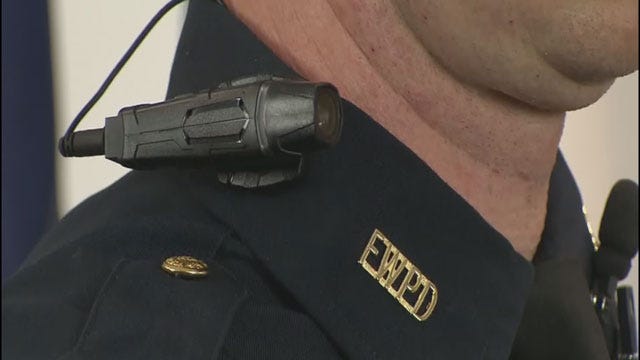 The city manager said the department has been conducting research with other law enforcement agencies on policies and procedures for body-worn camera programs.

An update on the progress of implementing the pilot program will be discussed at Tuesday's city council meeting.

City Manager, James D. Couch said the police department would have to hire four civilians to help manage the technology. A request for proposal is currently being prepared to select a camera vendor, Couch said.

The department will test the equipment for 30 days before selecting a vendor. After that, the department has been authorized to implement a one-year, 100-camera pilot program. Couch estimated the cost of the pilot program at $405,000.

If the trial run is successful, and funding is available, Couch said additional cameras would be phased in over the next five years. If fully deployed, the department would need up to 700 cameras to accommodate all of its field personnel.

According to the city manager, the cameras would capture video and audio recordings, providing “unbiased documentation/evidence of law enforcement activities including traffic stops, public contacts, emergency responses and critical incidents.”