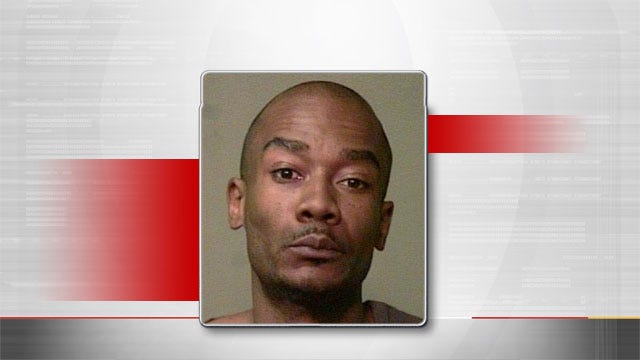 Edmond police have identified a man who was arrested after robbing a victim at gunpoint and then leading officers on a chase early Thursday morning.

According to police, at about 12:19 a.m., officers responded to the report of an armed robbery in the 1900 block of E. 2nd Street. Police said the victim was robbed at gunpoint. The suspect, later identified as 35-year-old Victor Eugene Joseph, reportedly stole the victim's wallet and car keys. He then took off in the victim's car and drove towards 2nd Street.

The officer attempted to pull over the car. However, the suspect refused to stop and turned south onto West Frontage Road and accelerated. That's when the pursuit began.

During the chase, police said Joseph ran a red light at 15th Street and W. Frontage Road. The suspect vehicle then got onto the southbound lanes of I-35. That's when the officer lost sight of the suspect vehicle due to a hill in the road.

Officers terminated the pursuit just south of 122nd Street and I-35. While speaking with the victim, another officer reported that he had spotted the suspect vehicle on Broadway behind the Chili's restaurant, and he began chasing that vehicle again.

The chase continued south on Broadway into Oklahoma City, and the suspect, Joseph, was eventually apprehended.