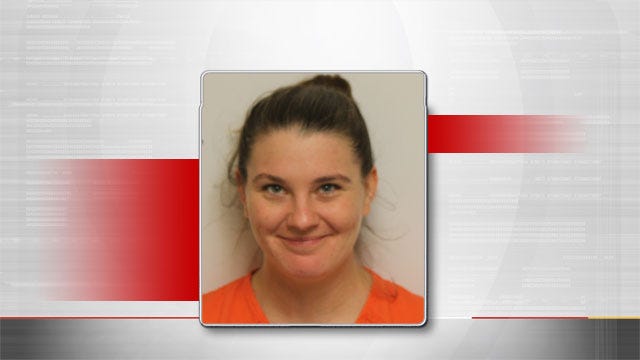 Logan County Sheriff's deputies are looking for a woman and her newborn child, who went missing after the baby tested positive for methamphetamine at a hospital.

According to the Sheriff's office, a woman gave birth to a male child at Baptist Hospital in Oklahoma City on February 12, 2015. The child tested positive for meth, and Oklahoma County DHS was notified.

Authorities said the mother was in Baptist Hospital under a fictitious name. She was later identified as 26-year-old Nicole Leeann Kerschner.

Kerschner reportedly left the hospital with the child on February 15, prior to the child being placed in protective custody by DHS.

Deputies said Kerschner has since been seen in various locations within Oklahoma County and Logan County using meth and breastfeeding the child. She has been seen in the Guthrie area as well as the area of S.W. 15th to S.W. 29th and Meridian Ave in Oklahoma City.

The mother and the child have been listed as missing or endangered, according to the Sheriff's office.

If anyone has information regarding the whereabouts of the child and mother, contact the Logan County Sheriff Office at (406)-282-4100.

"INTEGRIS has a formal admitting process in place for all patients, and that process was followed with this patient. At the time of admission there were no allegations of wrong doing by the patient. Mother and baby were discharged appropriately and in accordance with our policies. The security of our patients was never in question. Exceptional patient care and safety are always our top priority."