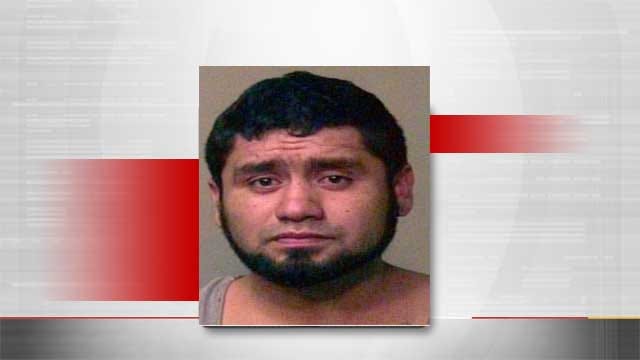 A man is behind bars facing charges for driving under the influence with a child in the car.

The incident occurred at approximately 10:00 a.m., March 13, when an officer noticed a vehicle speeding in the 200 block of SE 15th in Oklahoma City. The officer turned on his lights and the car traveled a few blocks before stopping at a home at 501 SE 19th Street.

When the officer approached the vehicle, he witnessed a small boy unrestrained in the backseat, sitting in between six packs of beer.

The officer approached the driver, Jose Crespo, 26, and smelled alcohol about his breath. Crespo was given a field sobriety test, in which he performed poorly.

Crespo was arrested for Driving Under the Influence of Alcohol.

The child was placed in the care of the mother who lived in the home at 501 SE 19th Street.

Crespo was transported to the Oklahoma County Jail. He is facing charges of Child Endangerment, Driving Under the Influence of Alcohol, Operating a Motor Vehicle without a Driver's License, and Transporting an Open Container.